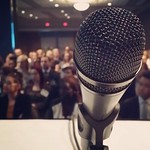 Oops! I did it again…

No matter how hard we try, there are mistakes we are doomed to make again and again, even when we know the rules all too well. The reasons are valid, and they are countless: mindlessness, being in a rush, employee turnover, deadlines, distractions, the complexity of the rules, failure to verify the plan provisions…… Similar to New Year’s resolutions to never break your diet again, or never speed on the highway, it is futile to think that retirement plan operations will be flawless from now on.

The IRS correction program, the Employee Plan Compliance Resolution System (EPCRS), provides pre-approved ways to correct common errors. The program gives employers a road map to effectively and efficiently put the participants in the position they would have been had the error not occurred. The program has three components: SCP – Self Correction Program, VCP – Voluntary Correction Program, and Audit CAP – the Closing Agreement Program.

Mistake #1: Failure to Operate the Plan in Accordance with its Terms

JUST BECAUSE IT COULD BE LEGAL, DOESN’T MEAN IT’S THE RIGHT THING TO DO

Often, plan officials operate the plan how they THINK the plan should be written without checking the actual options that were chosen on the adoption agreement. In other words, what was done operationally would be legal if the plan permitted it, but it doesn’t. A common example is the failure to withhold on non-cash taxable compensation. Unless it results in a discriminatory definition of compensation, it is possible to exclude from contribution calculations taxable earnings such as holiday gift cards, taxable awards and prizes, moving expenses, and even other taxable compensation that the employee does receive in a paycheck such as bonuses or overtime. However, it is not an option to disregard earned income that is not specifically excluded in the plan’s definition of compensation.

THE FAILURE TO FOLLOW THE PLAN DOCUMENT IS AN OPERATIONAL VIOLATION THAT IS A QUALIFICATION ERROR.

Additionally, there must be effective opportunity for employees to defer into the plan through eligibility notification.

Mistake #2b: Improper Exclusion – Other

Universal availability errors are only one way to improperly exclude individuals or wages from contribution computations. Other improper exclusion examples include:

When eligible employees or eligible compensation are improperly excluded from contribution computations, EPCRS assumes that the employee would have chosen to contribute, regardless of the industry, age, income level, or other demographic. Universal availability errors and other improper exclusion corrections can be very costly because the IRS expects the employer to fund a restitution to the participant account. For more details on how to compute corrective contributions under EPCRS, please refer to: Correcting Retirement Plan Eligibility Errors: Improper Exclusion Leads to Corrective Contributions

AUTOMATION CAN BE A BLESSING AND A CURSE

Employers rely on technology for plan administration, but this only works when the software settings are accurately updated. Constant legislative changes make it impossible to “set it and forget it”. In many instances, limits are exceeded because the plan sponsor fails to code the payroll software to stop the computation after a legal or plan limit is reached. Sometimes, 403(b) plans have such a generous employer contribution formula that is it not mathematically possible for participants to contribute the maximum elective deferral permitted under the plan without exceeding the Internal Revenue Code (IRC) maximum annual addition limit. The most relevant contribution limits applicable to 403(b) plans are:

Contrary to popular belief, recordkeepers are not automatically in charge of monitoring limits. It’s important to know the terms of your contracts with service providers. Regardless of who is at fault for allocations to participant accounts in that exceed the relevant limits, the excess deposits must be removed from participant accounts by the appropriate deadlines:

IRS and financial statement auditors are likely to verify that excess deposits to participant accounts are properly handled.

MAXIMIZING RETIREMENT SAVINGS IS GOOD, BUT FAILURE TO OBSERVE THE LIMITS IS TOO MUCH OF A GOOD THING.

Mistake #4: Incorrect Computation of the Special 403(b) Catch-Up Limit

Participants with 15 years of service with the same 403(b) employer are eligible to contribute an additional $3,000 per year up to a lifetime maximum of $15,000 if their average contributions for their entire eligibility period are less than $5,000 per year. The amount of the special 15-year catch-up and the underused amount is equal to the lesser of:

Determining years of service can be complicated because the definition of full-time may be different for each position and for each employer and may be expressed in days, weeks, months, or semesters and can span more than one calendar year. Additionally, determining years of service are with the same employer may require data from separate institutions and payroll systems. For example:

An employer planning to use the 15-year catch-up should review Pub 571 for a more detailed look at this calculation. This also may be an area to ask for the input of a benefits professional such as a third-party administrator.

For an example of how to compute the special 403b catch-up, please refer to: How Does the 403(b) Special 15-Year Catch-Up Contribution Work?

Excess contributions plus earnings must be distributed to the participant. The timing of the corrective distribution will determine the taxation to the employee. For example, excess deferrals must be withdrawn by April 15, or they will be subject to double taxation on the year of the contribution excess and the year of the distribution. For a person in the highest tax bracket, this could mean over 80% taxation including federal and state income taxes, plus Social Security and Medicare taxes. Earnings on excess deferrals are taxed in the year distributed. The taxation will be determined by how the corrective distribution is reported on Form 1099-R:

“But my recordkeeper takes care of that!”

The most common errors often result from the most common misconception: that the TPA and/or the recordkeeper take care of everything.

An onerous excise tax of 50 percent is imposed on the amount of the RMD not received by the participant and is paid with the participant’s individual federal tax return for the year the RMD was not taken, through Form 5329, Additional Taxes on Qualified Plans (Including IRAs) and Other Tax Favored Accounts. Under SCP, the participant-owed excise tax under Internal Revenue Code (IRC) 4974 is not automatically waived. In certain situations, the IRS may waive the penalty if the taxpayer attaches a letter explaining that the RMD failure or shortfall was due to reasonable cause and that steps are being taken to catch up the payments. If the administrator determines that the failure to make RMDs was not a minor error, the failure can be corrected through the IRS VCP. Under VCP, the plan sponsor would pay a fee to submit a suggested correction method to the IRS for approval, including a request to forgive the affected participant’s excise tax. The submission is made on Form 14568-H, Schedule 8: Failure to Pay Required Minimum Distributions Timely.

Oops! I Did It Again…. Everybody Makes Mistakes….

Britney Spears and Hannah Montana were not thinking about retirement plan errors when they came up with their insightful songs, but they were both wise beyond their years. Mistakes are inevitable, but where there is a problem, there is generally a solution, and it is the solution that we focus on as a general underlying theme of our blogs to help our clients keep their plans qualified: