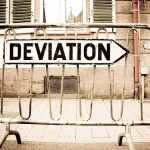 Compliance starts with understanding. Understanding the rules set forth in Notice 2014-54, assisted us with the application of the rules in a situation in which a participant was entitled to take a distribution from his after-tax account only, in a qualified plan that provides and separately accounts for:

b) after-tax contributions, and

As we discussed in our previous blog, Qualified Plan Distributions: IRS Issues Guidance on Allocation of After-Tax and Pretax Amounts, Notice 2014-54 clarified that multiple distributions executed simultaneously are considered to be one distribution, eliminating the need to jump through many hoops, in an inconvenient and temporarily costly attempt to achieve a tax-free distribution while complying with the rules of Notice 2009-68.

Thankful for the needed clarity, we endeavored to apply the allocation formula to a distribution solely from the plan’s post-1986 after-tax account plus its related earnings, and were suddenly fearful that we would have to wait another 5 years, until the issuance of Notice 2019-?, to get further clarity on whether the denominator should include the participant’s total account in the qualified plan, or just the after-tax account plus its related earnings.

“each participant’s account is split into two separate contracts for purposes of applying the basis recovery rules of Code Section 72: one contract consists of all after-tax contributions and income allocable thereto (“Separate Contract”), and the other consists of all other amounts held under the Plan (the “Principal Contract”);

“Under § 402A(d)(4), a designated Roth account in an applicable retirement plan is treated as a separate contract from other amounts in the plan when applying the rules of § 72.”

The language in the private letter ruling removes all doubt that deferral balances plus the related earnings are grouped with employer contributions in determining the balance in the Principal Contract, as discussed previously.

In a field where gray areas and the need for interpretation is commonplace, we were able to find very specific and unambiguous guidance to achieve full compliance, and complete understanding.