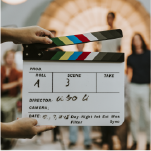 In the last blog, we covered the storm that COVID-19 brought and the CARES Act legislation that Congress provided to help individuals obtain needed access to retirement funds. The storm clouds dissipated slightly and the IRS brought a little more sunshine with some positive changes to the EPCRS correction program. We’ll now cover EPCRS changes. But before we discuss the changes, let me give a little background.

On July 16, 2021, the IRS updated the Employee Plans Compliance Resolution System (EPCRS) by publishing Revenue Procedure 2021-30, which replaced the previous version, Revenue Procedure 2019-19. EPCRS provides guidance, correction principles, and in some cases examples of corrections for how plan sponsors can correct plan failures. Just to provide a little background, EPCRS has three components including the Self-Correction Program (SCP), the Voluntary Correction Program (VCP), and the Audit Closing Agreement Program. A plan sponsor makes a correction in one of the programs based on the type and significance of the failure. Generally, a plan sponsor that has established compliance practices and procedures may correct insignificant operational failures through self-correction. A qualified plan and 403(b) may also self-correct significant Operational failures and Plan document failures if the correction is made within the specified time. Luckily, the new Revenue Procedure has expanded eligibility for self-correction.

The Voluntary Correction Program provides IRS approval to a plan sponsor that applies through the program before the plan is selected for an IRS audit. A VCP application involves the payment of a fee. Significant errors caught during an audit will generally pay a sanction that exceeds what the VCP fee would have been had the plan sponsor self-corrected independently or through VCP. A VCP correction can be made for a failure that does not fall within the self-correction eligibility parameters. A correction through VCP will also make sense for those failures for which you want IRS approval.

I mentioned certain types of failures eligible for each program. There are four types of failures defined by Revenue Procedure 2021-30. The first failure type is an operational failure, which means a failure that arises from the failure to follow plan provisions (ie a failure to operate the plan according to the plan document). The second failure type is a Plan Document failure, which means a plan provision (or the absence of the plan provision) that violates the requirements of the code. For example, a plan document that continues to allow suspension of plan deferrals after a hardship withdrawal, when legislative requirements no longer allow this provision. This type of failure includes a nonamender failure, which means a plan sponsor fails to adopt a required amendment to the plan or to adopt a restated plan by the required deadline (for example not amending the plan for required SECURE Act provisions). The third type of failure is a demographic failure, which means a failure to satisfy 401(a)(4), 401(a)(26), or 410(b), which relate to discrimination and coverage testing failures (for example, failing the ADP test). And lastly, an employer eligibility requirements to establish such plan. For example, a non-501(c)(3), non-public education, non-state employer that offers a 403(b) plan.

With that background of EPCRS, we can discuss the updates to the program.

Luckily, self-correction eligibility was expanded with this update. Effective July 16, 2021, the correction period for self-correction of significant operational failures is extended from two to three years. In the previous revenue procedure, self-correction could only be performed when an error was found and corrected within two years of the failure. The update extends that period to three years. Another beneficial change in this updated revenue procedure, is the removal of the requirement that all participants in the plan benefit from a retroactive amendment, which makes this easier to correct operational failures under SCP (effective July 16, 2021, as well). In the prior Revenue Procedure, 2019-19, a plan sponsor could only self-correct an operational failure by plan amendment if the increase in the benefit, right, or feature, applied to all employees eligible to participate in the plan. This requirement was removed such that a plan amendment could correct failures that were done operationally and only affected a few employees.

Additionally, expanded correction principles allow plan sponsors to fix operational failures when plan participants or beneficiaries receive payments that are in excess of the plan’s written terms (effective July 16, 2021). The new principles reduce the need to seek repayment and do not require the plan sponsor to reimburse the plan for overpayments to participants. These new overpayment correction options supplement, but don’t replace, existing guidance under EPCRS. Full recovery from the employer or reduction in subsequent payments owed are still permitted. Except for di minimis failures that don’t need to be corrected, written notice to affected participants or beneficiaries is required to indicate that overpayments are classified as taxable and not eligible for rollover. EPCRS provides that if the total amount of an overpayment to a participant or beneficiary is $250 (was $100) or less, the plan sponsor is not required to seek the return of the overpayment from the participant or beneficiary. Note that this does not change the delivery of small benefits section (for a corrective distribution due to a participant is $75 or less).

Another change relates to Anonymous VCP Submission changes. Under previous revenue procedures, the IRS allowed a sponsor to “test the waters” of a possible correction method, so to speak, by filing an anonymous VCP. The benefit was that a sponsor could get IRS approval for suggested correction methods without disclosing its identity. If the IRS does not approve of a requested suggestion, then a plan sponsor under anonymous VCP application would not have to fear that the IRS would then open an audit of the plan due to their self incrimination. Effective January 1, 2022, the IRS eliminated the procedures that permitted this anonymous VCP application submission, unfortunately. However, the revenue procedure now permits an employer to request an anonymous pre-submission conference to discuss a potential VCP submission at no cost. Once the plan submits a VCP request; however, it can no longer be anonymous.

That pretty much covers the updates to EPCRS. In our next and final act in this play, we will cover the DOL’s guidance regarding cybersecurity.

Summary of this blog series, for your reference: