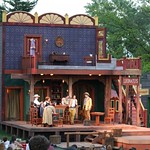 The world has gone through many sudden and unpredictable changes in the last few years. The retirement plan industry has seen many changes, as well, which has had impactful legislation and guidance that changed the retirement landscape in many positive ways. With all these changes, it seems the world and retirement plan industry is part of a storied Shakespearian plan in which we are waiting to find out if it’s a comedy or tragedy. Each bit of legislation and regulatory guidance seems to be an act of our play. The legislation and guidance have come at a quick pace, but this story starts in 2018, which is five years behind us already. Because of the fast-paced nature of the legislation and guidance, and the importance of these changes, I wanted to put together a blog series that covers each “Act” of our retirement play. I hope that this blog series will provide a refresher and summarize the most important aspects of the legislation and guidance. The blog series starts with our current blog, Act 1 of our play, which covers the Bipartisan Budget Act. We will then move on to Act 2, which covers the Setting Every Community Up for Retirement Enhancement (SECURE) Act. Then Act 3, which will cover the Coronavirus Aid, Relief, and Economic Security (CARES) Act. Act 4 will cover the recent update to the Employee Plans Compliance Resolution System (EPCRS). And lastly, Act 5 will cover the cybersecurity guidance from the Department of Labor. So now that the stage is set, let’s move to Act 1.

Act 1 of our play starts with the Bipartisan Budget Act of 2018 which was signed into law on February 9, 2018. The Act makes changes to the hardship withdrawal rules primarily to expand access to retirement funds for those that have incurred a hardship.

The Bipartisan Budget Act of 2018 made the following changes to the hardship withdrawal rules:

And now we have come to the end of Act 1 of our play. The Bipartisan Budget Act of 2018 provided a benefit to participants by allowing access to additional retirement account sources and permitting contributions immediately after a hardship withdrawal is taken. This benefit was only a precursor to what was yet to come. Our next blog will cover Act 2, the SECURE Act. Stay tuned to hear what major changes occurred with this act.