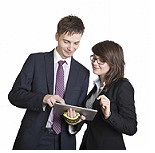 As a plan sponsor, you may know that, generally, if your plan covers 100 employees or more, your plan is considered a large plan and requires audited financial statements to be attached to the 5500 filing. You may also know that you are required to hire an independent qualified plan auditor (IQPA) to express an opinion as to the completeness and accuracy of the financial statements according to Generally Accepted Accounting Principles (GAAP). However, when you receive the audit report and financial statements, you may not understand the opinion given by the IQPA. Often, clients and service providers who have seen the final audit report still don’t know how to answer the Form 5500 questions on Part III of Schedule H, which asks what kind of audit opinion the plan received. Because of this, I want to explain the different types of opinions and how to tell the type of opinion on your plan’s audit report.

What Information Does the Auditor Report Provide?

There are four types of opinions that may be provided by an IQPA. Those opinions are:

What Each Type of Opinion Represents

Full-Scope Audit – In a full-scope audit, the auditor performs investment testing, so an unmodified opinion may be expressed if there are no other GAAP departures or other GAAS limitations.

Limited-Scope Audit – When an auditor performs a limited-scope audit, he or she does not perform audit procedures on testing investments and investment transactions. The Department of Labor has allowed this type of audit to occur when a limited-scope certification is provided by a regulated financial institution such as a bank, trust company, or insurance company. The limited-scope audit is a form of scope limitation because the auditor is instructed not to perform the required auditing procedures on these investments. As such, the auditor must issue a disclaimer opinion, since a material number on the financial statements was not tested in accordance with GAAS. The good new is that Section 29 CFR 2520.103-8 of the DOL’s Rules and Regulations for Reporting and Disclosure under ERISA allows this limited-scope audit. Therefore, the DOL will not reject a 5500 filing, because an IQPA disclaims an opinion on the financial statements due to a limited-scope audit.

Excluded Contracts for 403(b) Plans – 403(b) plan sponsors can choose to exclude pre-2009 contracts as a result of regulatory relief provided by the DOL under Field Assistance Bulletin 2009-02. This transition relief became necessary as a result of a new requirement for 403(b) plans to maintain books and records for the plan and to include audited financial statements with large Form 5500 filings. When these reporting requirements were added for 403(b) plans in 2009, there was concern among many sponsors about the ability to track individual contracts issued prior to the effective date of the rules, since participants had the ability to move the money without the employer’s involvement. In response to this concern, the DOL issued FAB 2009-02 to allow certain pre-2009 contracts to be excluded from plan assets if they met four criteria. When contracts are permissibly excluded as a result of this relief, the IQPA must issue a disclaimer opinion, since otherwise required audit procedures were unable to be performed on these contracts. However, the DOL communicated that it would not reject a filing with a disclaimer of an opinion, if the only reason for the disclaimer is the existence of excluded pre-2009 contracts.

How Can You Tell What Type of Opinion Your Plan Received?

The IQPA report has headings that describe the contents of each section:

If you received a standard unmodified opinion, the report has an opinion section which reads:

“In our opinion, the financial statements present fairly, in all material respects, the net assets and changes in net assets available for benefits in accordance with accounting principles generally accepted in the United States of America.”

If you received a qualified opinion, the report has an opinion section which reads:

“In our opinion, except for [material departures], the financial statements present fairly, in all material respects, the net assets and changes in net assets available for benefits in accordance with accounting principles generally accepted in the United States of America.”

If you received a disclaimer of opinion, the report has an opinion section which reads:

“Because of the significance of the matter described in the Basis for Disclaimer of Opinion paragraph, we have not been able to obtain sufficient appropriate audit evidence to provide a basis for an audit opinion. Accordingly, we do not express an opinion on these financial statements.”

If you received an adverse opinion, the report has an opinion section which reads:

“In our opinion, because of the significance of the matter described in the Basis for Adverse Opinion paragraph, the financial statements referred to in the first paragraph do not present fairly, in accordance with accounting principles generally accepted in the United States of America, the net assets and changes in net assets available for benefits.”

If you want to get to the bottom line, understanding the meaning of the language in the last section as explained above is the key to knowing what type of audit opinion your plan’s financial statements received, and whether you can rest easy, or the DOL is coming.