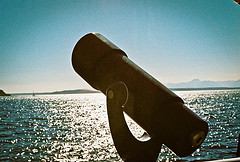 Limited scope audits exclude investment values from the scope of the audit if the assets are held at a regulated financial institution such as a bank, insurance, or trust company that certifies that the value of the assets is complete and accurate pursuant to Department of Labor Reg. 29 CFR 2520.103-5.

On April 30, 2012, at the AICPA’s Employee Benefit Plan Conference, Phyllis C. Borzi, the Assistant Secretary of Labor, said, “The limited scope audit is practically useless.” She added that, “Limited scope audits do not protect participants, and yet about 65 percent of employee benefit plan audits are limited-scope audits.”

I believe the reason 65% of plan sponsors engage the auditors to perform limited-scope audits is because they see value in our tests of their compliance with plan provisions through independent application of audit procedures. In most cases, significant audit areas include:

Although the audit opinion states that the auditor is unable to express an opinion on the financial statements as a whole (due to the significance of the investment values excluded from the scope of the audit), it also indicates that the information included in the financial statements and supplemental schedules, other than the information certified by the regulated financial institution, was audited in accordance with auditing standards generally accepted in the USA and, in the auditor’s opinion, is presented in compliance with the Department of Labor’s Rules and Regulations for Reporting and Disclosure under the Employee Retirement Income Security Act of 1974.

During the conference, Secretary Borzi further stated, “You don’t issue an opinion based on the financial statements because of the scope limitation. Unfortunately, ordinary people think this disclaimer means that no audit at all has been conducted, and the dirty little secret is that, in terms of its effectiveness, probably that’s right.”

Although there can be misconceptions with respect to the extent of the audit procedures involved in a limited scope audit, both plan sponsors and service providers are quickly faced with an “audit information request letter” that is substantially the same as the one they would receive under a full scope audit. To their dismay, they must produce backup documentation including original-source payroll-by-payroll detail for selected participants, demographic information to substantiate the census data, records to prove eligibility for contributions and distributions, loan documents and repayment detail, and numerous reconciliations to prove the completeness and accuracy of contributions allocated to participants, among other information. Sadly, many service providers tell their clients that their audit fee should be negligible because the plan qualifies for a limited scope audit.

Limited scope audit fees are lower by the amount of time it would have taken to test the completeness and accuracy of investment values and investment earnings at the financial statement level. Depending on the complexity of the investment products involved and their balances, the time saved can vary from 3 hours to 24 hours.  As Secretary Borzi accurately said, “Little difference in price distinguishes the two types of audits today.”

Secretary Borzi also observed that most substandard plan audits are generally performed by auditors who received inadequate compensation, and Mr. Dingwall confirmed this observation later in the conference. Additionally, Mr. Marcus Aron, senior auditor in the EBSA Division of Accounting Services in the Office of the Chief Accountant  stated that many auditors lack the specialized knowledge required to audit retirement plans, and that 4,000 of the nearly 10,000 firms that perform employee plan audits only have one retirement plan audit client. As I stated in a previous posting on March 8, 2012, Make Sure Your Employee Benefit Plan Audit Makes the Grade, plan sponsors have a fiduciary responsibility to engage a plan auditor that is qualified to perform this service, and the decision often requires engaging a different firm than the one that performs other accounting and tax services for the employer.

Secretary Borzi, Mr. Dingwall and Marcus Aron, made it abundantly  clear that plan audits are on their radar. As our January 26, 2012 blog entry titled Who Audits the Auditors? shows, DOL agents thoroughly review audit workpapers. Auditing retirement plans well requires a major investment in continuing education to ensure that the audit procedures comply with all the industry-specific standards and that the audit team is abreast of the ever-changing regulatory environment. Before selecting a retirement plan auditor, plan fiduciaries should consult the DOL and AICPA websites and use the tools provided to ensure the selection of an auditor with enough expertise in the industry to perform a quality audit.