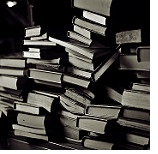 Keeping two sets of books often means that someone is hiding something from the taxing authorities. However, keeping two sets of books is sometimes a legitimate practice, required precisely to comply with IRS rules that regulate different aspects of each set of books. For example, the difference between deemed distributions of loans in default and the actual loan offset requires a double set of books.

The full account balance including the defaulted loans plus accrued interest are used for top-heavy testing and also used to determine the amount available for future loans. The Form 5500, however, reports the distribution when it is reported on Form 1099-R, so two sets of books must be maintained when plans have defaulted loans that cannot yet be offset. When the recordkeeper finally offsets the loan when there is a distributable event, the Form 5500 will not also reflect a distribution.

In this case, two sets of books is not indicative of an Al Capone-style tax evasion scheme. It’s actually quite the opposite. The first set of books is needed to comply with the taxable distribution rules and the second one to comply with the top-heavy test and the maximum available loan computations. Who would have thought that two sets of books would be necessary, not to beat the tax man, but instead, to comply! Double books, not double trouble!