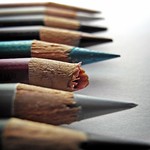 The SECURE Act (Setting Every Community Up for Retirement Enhancement) changed the age at which non-5% owners who have terminated employment with a retirement plan sponsor must take required minimum distributions (RMD). Participants who reach age 70½ after 2019 must take their first RMD by the April 1 of the later of the (i) year after they reach age 72 or (ii) the year after they retire. Five percent (5%) owners must begin RMDs by April 1 of the year following the year they turn 72, even if they do not retire.

The RMD rules apply to all employer-sponsored retirement plans, including Roth 401(k) accounts, but not Roth IRAs while the owner is alive. Distribution of RMDs is a plan requirement. Participants do not have the option of taking their RMD amount attributable to balances in multiple retirement plans, but only from one of the plans. However, 403(b) contract owners can calculate the RMD separately for each 403(b) contract they own but take the full RMD from only one or some of the 403(b) contracts.

Failure to make an RMD is considered a plan qualification error that could negatively affect all the participants. For this reason, failures to make RMDs must be corrected even if the missed distribution is immaterial to the financial statements.

Plan sponsors cannot assume that their responsibility is limited to ensuring that the recordkeeper is sending RMD notices. Most recordkeepers also provide missing participant locator services.

Plan sponsors can self-correct minor operational errors under the Self-Correction Program at any time, which is convenient and cost effective, but sometimes it comes at a cost. Under SCP, the participant-owed excise tax under Internal Revenue Code (IRC) 4974 is not automatically waived.

The excise tax is paid with the participant’s individual federal tax return for the year the RMD was not taken, through Form 5329, Additional Taxes on Qualified Plans (Including IRAs) and Other Tax Favored Accounts. In certain situations, the IRS may waive the penalty if the taxpayer attaches a letter explaining that the RMD failure or shortfall was due to reasonable cause and that steps are being taken to catch up the payments.

Under VCP, the plan sponsor would submit a suggested correction method to the IRS for approval, including a request to forgive the affected participants’ excise tax. The submission is made on Form 14568-H, Schedule 8: Failure to Pay Required Minimum Distributions Timely.

Timing is Everything: The Implementation Complexities of the SECURE Act

The Secure Act was signed on December 20, 2019. Guidance from the IRS is needed to interpret the provisions. For example, under prior law, financial institutions would have needed to notify IRA owners who attained age 70½ in 2020 about their 2020 RMDs by January 31, 2020. Some recordkeepers had already communicated to participants that their 2020 RMD distributions would not be rollover-eligible, which is now incorrect information. On January 27, 2020, the IRS issued Notice 2020-6 to provide relief to financial institutions who had issued RMD statements for 2020. The Notice clarifies that the IRS will not consider a statement to be incorrect if the financial institution notifies IRA owners that no RMD is due for 2020 by no later than April 15, 2020.

Since the Notice does not address the issue of rollover eligibility of distributions that may have already been taken, the American Society of Pension Professionals and Actuaries (ASPPA) has requested transition relief that would permit a late rollover for the affected individuals.

As was the case when auditing RMDs under the old rules, some typical audit procedures financial statement auditors perform include:

The simple shift in the RMD age from 70½ to 72 will not change the audit procedures performed, but the change in timing gives us an opportunity to revisit a plan sponsor’s administrative responsibilities, the implications of operational failures, the correction options available, and the guidance we still need regarding transitional relief available to those who complied with the old rules after the SECURE Act had already become effective. Although ignorance of the law is not supposed to be an available defense, sometimes good faith compliance deserves some leniency.