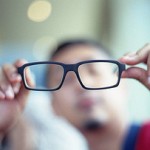 Lack of clarity causes frustration. The topic of how to properly allocate the pretax and after-tax amounts attributable to distributions from qualified plan accounts that include Roth 401(a) accounts or after-tax accounts has been a source of much debate in the retirement plan community. Fortunately, the IRS has issued much anticipated guidance in Notice 2014-54, which provides the needed clarity.

1 – the mandate to prorate each distribution between after-tax and pretax dollars and;

2 – the ordering rules, which provide that rollovers from a qualified plan to another eligible retirement plan or IRA are treated as consisting first of the portion of such distribution that is includible in gross income (the pretax account). In other words, rollovers are treated as coming first from pretax amounts and earnings on pretax contributions and after-tax contributions.

The main reason why following both of the above rules can become complicated is that taxpayers and their advisors often try to isolate the after-tax basis in an effort to achieve a completely tax-free transaction. To do so, they would often request two distributions, one constituting a direct rollover of pretax dollars to a traditional IRA, and a second distribution of after-tax dollars to a Roth IRA. Until the latest guidance provided by Notice 2014-54, two simultaneous distributions did not accomplish the intended tax-free result because of the holding in Notice 2009-68, which specifically provided that if a participant requests multiple distributions to multiple destinations, each of the payments had to be prorated between after-tax and pretax amounts.  However, some practitioners encouraged simultaneous distributions as a tax-free distribution strategy, putting other advisors and tax preparers that wanted to follow the letter of the law at odds with each other.

To level the playing field, responsive comments to Notice 2009-68 requested changes to the rules above, arguing that:

1 – Under the allocation method, it is possible to separate the after-tax basis by taking several steps involving a single cash distribution to the participant, who would subsequently roll over to a traditional IRA amounts consisting first of pretax dollars, followed by a rollover of the after-tax dollars, or Roth dollars, to a Roth IRA the following day. Alternatively, the taxpayer could keep the dollars attributable to the after-tax or designated Roth accounts with no tax consequence. The only down-side to such an approach is that the participant would have to fund the 20% difference for the taxes withheld on the taxable amount of the distribution to complete a full rollover of the pretax dollars.

2 – Some practitioners are willing to treat disbursements to separate destinations as a single distribution of the aggregate disbursement amounts, ignoring the provision in Notice 2009-68 that each distribution must be prorated.

As a practical matter, the requirement to prorate can be avoided by taxpayers who are willing to take multiple steps and who are able to fund an amount equal to the 20% tax withholding on the taxable amount of the single distribution from their own funds; so why wouldn’t the IRS be willing to make this opportunity available to all taxpayers in a more expeditious way?

To provide guidance and clarity on the allocation of after-tax and pretax amounts, the IRS issued Notice 2014-54 and proposed regulations that modify Regulation Section 1.402A-1, Q&A-5(a). The guidance resolves much of the controversy regarding allocations as follows:

1 – All disbursements made at the same time are treated as a single distribution regardless of whether they are made to a single destination or multiple destinations.

3 – If the pretax amount distributed and not rolled over exceeds the amount that is rolled over, the retained pretax amount remains eligible for a 60-day rollover or becomes taxable income to the plan participant.

Therefore, the controversy created by rules that could be circumvented has been resolved. The clarity provided by Notice 2014-54 will help to eliminate confusion and create a level playing field between all service providers and taxpayers attempting to achieve a tax-free distribution from a qualified plan account containing pretax and after-tax dollars.

Photo by Made Anka Asril (License)