There is Always Room for Improvement: Proposed Revisions to Form 5500 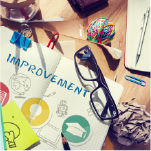 On September 14, 2021, the U.S. Department of Labor (DOL), the Internal Revenue Service (IRS), and the Pension Benefit Guaranty Corporation (PBGC) (together “Agencies”) jointly announced a tri-agency notice of proposed forms revisions to the Form 5500 Annual Return/Report forms filed for employee pension and welfare benefit plans. The DOL simultaneously published a proposed rule making (NPRM) to implement the proposed forms changes under the Employee Retirement Income Security Act (ERISA). The proposals are intended to implement changes to the Form 5500 annual reporting under the Setting Every Community Up for Retirement Enhancement Act of 2019 (SECURE Act), in addition to other changes

How Can Anybody Not Like Us, the Benevolent Auditors?

Employers with numerous transient employees, substitute teachers, minimum-wage workers, college students, etc. often have more than 100 employees who are eligible to participate in the retirement plan but don’t choose to do so. In those cases, plans with very low asset balances are forced to incur the cost of a financial statement audit by an Independent Qualified Public Accountant (IQPA). Whether the employer pays for the audit or the cost of the audit is allocated to the plan participants, the cost of the audit seems onerous when compared to the number of account balances or the plan assets.

It’s Not You, Benevolent Auditor, It’s Me!

Even if plan officials of plans with low participation value their collaboration with the auditors and appreciate oversight of the independent audit, they are just not in a position to pay the audit fee, which can be a deterrent from sponsoring the plan at all. To help reduce expenses for small defined contribution retirement plans and to encourage more small employers to offer workplace retirement savings plans, the proposal would change the rule for when defined contribution retirement plans can file as “small plans” for simplified reporting options, including waiver of the IQPA annual audit by basing the audit requirement on the number of participants with account balances, instead of following the current rule which takes into account all employees who are eligible to participate, even if they have not elected to do so, and do not have an account balance.

Count Down to…Get Out!

Timing of the Proposed Changes if Adopted

The proposed changes generally would be effective for plan years beginning on or after January 1, 2022. Form 5500s for the 2022 plan year generally are not required to be filed 5 until 7 months after the end of the 2022 plan year. The deadline is July 31, 2023 for calendar year plans with an available 2½-month extension through October 15th.

The Suggestion Box is Now Closed

Comments submitted during the 45-day comment period are made available to the public online at www.regulations.gov and www.dol.gov/agencies/ebsa

Stay tuned: When the story has some more emerging details, you’ll hear it all here.