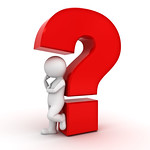 For 403(b) plan eligibility determinations, the IRS says that “Once In, Always In” is much better than “In and Out,” so are your part-time employees “In or Out” or “In and Out”?

Part-time workers and transient workers have always posed a challenge for plan sponsors trying to determine retirement plan eligibility. For 403(b) plans, universal availability rules and the related ability to exclude employees that work less than 20 hours a week added a layer of complications, especially when employees teetered over and under the threshold from one year to the next.

The Case for “Once In, Always In”

For the last two decades, we have used “once-in, always-in” criteria when evaluating whether our 403(b) audit clients accurately classified as eligible any and all employees who were initially excluded during the first twelve months of employment, but who worked 1,000 hours in any subsequent plan year. We based our criteria on the provisions in the regulations that the part-time exclusion was only valid if the employee had worked fewer than 1,000 hours in EACH plan year after the first twelve months of employment. In our view, any employee who achieved 1,000 hours of work once should become permanently eligible to participate in the plan because they could no longer meet the requirement to have worked less than 1,000 hours EACH plan year after their initial twelve months of employment. Hence, they could no longer be excluded and therefore: “Once In, Always In.”

However, some 403(b) plan sponsors had interpreted the regulations to indicate that eligibility to the plan after the first twelve months of employment was an annual determination based on a twelve-month lookback of the part-time person’s hours. To them, the word “each” in the regulations did not mean that the person had to have worked fewer than 1,000 hours every (each) year prior to becoming permanently eligible. In turn, it meant that the determination was made “each” year, based on the previous year’s hours worked. In these cases, employees were allowed to defer or banned from deferring each year, based on the number of hours they had worked in the prior plan year.

The IRS’ interpretation of the “Each” requirement states that:

which yields very different results from the “In and Out” method.

Plans that used the “In and Out” methodology were very unsettled to hear that adopting a preapproved document restated retroactively to 2010 would make their good faith interpretation of the rules become a costly operational error.

Fortunately, IRS Notice 2018-95 provides a relief period for sponsors who have been using the “In and Out” eligibility methodology to transition to “Once In, Always In” prospectively. The IRS Notice has numerous examples of the specific application of the relief provisions to plans that use calendar year determination periods and hire date anniversary determination periods. In general, calendar-year plans that had been using an “In and Out” methodology had to comply with the “Once In, Always In” rules starting January 1, 2019.

Based on the provisions of the Notice, during our 2020 audits of the 2019 plan years, we will not consider it an operational error if a participant was excluded from eligibility based on the number of hours worked during 2018, even if the participant had met the 1,000-hour threshold in a year prior to 2018. However, any previously excluded part-time employees who worked 1,000 hours in 2018 must have been classified as eligible during 2019. If that is not the case, the plan sponsor will have an operational error that will need to be corrected under the IRS’ Employee Plans Compliance Resolution System.