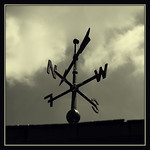 The SECURE Act’s provisions that encourage retirement savings and increase coverage and participation could reduce an estimated retirement savings shortfall of $3.8 trillion dollars by 3%, which does not sound like much percentage-wise, but it amounts to more than one hundred billion dollars: an unquestionably good result.  However, just as bad situations tend to have a silver lining, good provisions often also bring unintended consequences, administrative complexities, and unanswered questions.

The SECURE Act provides that any employee who works 500 hours or more for three consecutive years must be eligible to make elective-deferral contributions (“Eligible Long-Term, Part-Time Employees”). However, there is no mandate to provide a match or a profit-sharing contribution to eligible long-term, part-time employees. They are also excluded from the nondiscrimination tests. Increased coverage for elective deferrals requiring no employer contributions and no negative testing implications may not go very far in promoting retirement readiness, but it’s an improvement over the previous lack of coverage.

Eligibility to participate in a retirement plan, regardless of actual participation in the plan, makes an employee count as a participant for purposes of determining whether the plan needs an audit. Absent a change in the definition of participant provided by ERISA, counting Eligible Long-Term, Part-Time employees as participants, even if they don’t have an account balance in the plan, could cause the plan to become a large plan that requires a financial statement audit. Sometimes, the cost of the audit is charged to participant account balances, which is not always well received if the accounts only consist of deferral sources. Despite the administrative complexities involved, some plan sponsors may want to consider sponsoring two separate plans one for full-time employees and one for the Eligible Long-Term, Part-Time Employees – if it helps them keep the number of participants in each plan below 100 and, consequently, avoid the unwanted financial statement audit.

In an effort to spare the large plans with few account balances the cost of an audit, or the headache of sponsoring two plans, the American Retirement Association (ARA) has requested that the DOL modify the rules for counting employees to exclude participants who are eligible solely because of the long-term, part-time employee rules of the SECURE Act or, alternatively, all participants who do not have an account balance. Absent a change in the definition of participant for reporting and disclosure purposes, the only available way to avoid a financial statement audit may be to keep Eligible Long-Term, Part-Time Employees at arm’s length, in their own plan, like living in the same house but on different floors…..together, but apart.

The current coverage rules permit the exclusion of certain employees, subject to passing the coverage tests. Although one would presume that if an employer can legally exclude certain employees that meet the 1,000 hours and twelve months of eligibility requirement, then it should also be able to exclude certain Eligible Long-Term, Part-Time Employees in the excluded classification, as long as the plan meets the minimum participation rules, but guidance regarding this issue will be helpful. For example, if an employer has facilities in New York and Philadelphia and can lawfully exclude the full-time New York employees from coverage in the plan, can it also exclude the otherwise Eligible Long,-Term Part-Time New York employees?

Since the SECURE Act rules were published, I’ve been hearing practitioners say that employers will have to “start” tracking hours for their part-time employees. However, plan sponsors have always been required to know when employees reach a 1,000-hour threshold, at which point they would become eligible for the plan, even if they had been excluded based upon working fewer than 1,000 hours per year. Additionally, part-time employees tend to get paid by the hour, which means that hours are being tracked by default. Nonetheless, there may be a limited population of part-time employees that are paid a flat amount for only one day a week, or only a few hours a day, for whom employers have not kept hourly records. In those cases, we recommend that plan sponsors collaborate with their payroll companies, document providers, and third-party administrators, as applicable, to establish a mechanism to count hours under one of the accepted methods, including a) actual hours; b) elapsed time method; or c) hours-worked equivalencies.

Although the elapsed time method eliminates the need to count hours, any method that artificially overstates the actual hours worked is likely not the best alternative, because it will make it more difficult to exclude transient employees that don’t stay very long. Even if guidance makes it clear that Eligible Long-Term, Part-Time Employees can be excluded by job classification, it is simpler to exclude them because they did not achieve the 500-hour threshold.

To date, plans with immediate eligibility have had to include their employees with less than 500 hours in their discrimination testing after their first year of plan participation, when they can be considered “otherwise excludible.”

Change is the only constant in life. Some employees may change from part-time to full-time status from year to year. If an Eligible Long-Term, Part-Time Employee who has met the three-year eligibility criteria works 1,000 hours, practitioners have asked whether the person would be included in the discrimination test in all subsequent years, even if the participant drops back down to 500 hours for three consecutive years.

The logic behind the “Once in the Test, Always in the Test” concept is consistent with the “Once-In, Always-In” rule that applies to 403(b) Plan eligibility as part of the universal availability rules. The Eligible Long-Term, Part-Time Employees rules do not apply to 403(b) plans or to 457(b) plans.

There is Time to Learn from the New Guidance, Adapt, Adjust, or Lobby

Fortunately, we have approximately four years until the first long-term, part-time employees become eligible in 2024 (we start counting the three consecutive years in 2021), which gives industry organizations like the ARA an opportunity to educate service providers when new guidance is issued, or to request changes to provisions with negative unintended consequences.