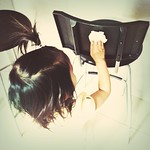 A new auditing standard (expected to be issued in 2019), Forming an Opinion and Reporting on Financial Statements of Employee Benefit Plans Subject to ERISA (“Audit Standard” or “EBP SAS”) would be effective for audits performed starting in 2021 for plans with financial statement periods ending on or after December 15, 2020. Early adoption is not permitted.

In our view, it seems unlikely that an auditor could remain compliant with the AICPA Audit and Accounting Guide for Employee Benefit Plans and the associated practice aids in the form of audit programs and checklists without having considered the plan provisions on the plan document and their effect on the financial statements, including the disclosure of prohibited transactions. In fact, all of the available EBP audit resources suggest testing whether plan transactions related to contributions, distributions, participant loans, and administrative expenses comply with plan provisions, tax law, and ERISA, all of which would be impossible without performing the above Requirements listed in the Final Balloted Draft.

Time will tell whether making old rules in the audit guide new again as requirements in an audit standard is an effective way to minimize the audit deficiency rate.