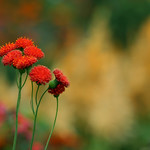 What if the Participant Already Spent the Overpayment from the Plan?

In every case, our well-meaning client’s initial reaction is inevitably: “The money is gone, what do we do now?” Fortunately, the IRS realizes that, in most cases, a defined contribution plan participant would have eventually been entitled to the distribution anyway, such that the ineligible distribution is effectively a timing difference, and they have provided workable and reasonable correction alternatives through the correction program: Employee Plan Compliance Resolution System (“EPCRS”).

To the extent a participant was not eligible to receive the distribution, it seems reasonable that he or she should not be able to rollover the funds and continue benefiting from favorable tax treatment. To that end, the employer must notify the employee that the overpayment was not eligible for favorable tax treatment and that any direct or 60-day, tax-free rollovers to another plan or IRA must be removed.

Unlike daily-valued defined contribution plans, ineligible distributions from defined benefit plans and balance-forward defined contribution plans do affect the plan funding and other participants. In those cases, to the extent the participant does not repay the amount of the overpayment adjusted for earnings at the plan’s earnings rate, the employer or another responsible party must contribute the difference to the plan.

Option 5: Make Someone Else Pay!

The employer or another party can contribute the amount of the overpayment plus earnings to the plan instead of seeking recoupment from the participant or beneficiary. The amount of the overpayment, adjusted for Earnings at the plan’s earnings rate to the date of the repayment, is to be placed in an unallocated account, to be used to reduce employer contributions (other than elective deferrals) in the current year and succeeding years, or, if the amount would have been allocated to other eligible employees who were in the plan for the year of the failure if the failure had not occurred, then that amount is reallocated to the other eligible employees in accordance with the plan’s allocation formula.

Option 6: Do Nothing! Exceptions to Full Correction.

The same way that the DOL and the IRS want to make sure participants receive all the funds that they are owed, they also want to ensure that they don’t receive more than they should. Employers who issue overpayments greater than $100 should ask the participants to “Give It Back!” and if/when they say they already spent the money, after responding “Ok, Keep It!” employers must reiterate that the amount representing the overpayment can not benefit from favorable tax treatment and must be removed from any tax deferred accounts that accepted a rollover, if applicable. When appropriate, the employer or another party can put the amount of the overpayment in an unallocated amount to be offset against future employer contributions, or they can reimburse defined benefit or balance-forward plans to make them whole. All of it requires time and effort and a small dose of embarrassment for the employer, which can only be avoided by not making the mistake in the first place, or by making a small mistake less than $100, which turn “Give It Back!….Ok, Keep It!” into the best option: “Never Mind!”.