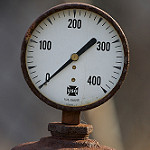 In a highly regulated industry with complicated rules that always have exceptions (except when the exception does not apply) it is inevitable that sooner or later a failure to follow the plan document will take place. Such operational errors can be corrected through the IRS Employee Plan Compliance Resolution System (EPCRS) in one of three ways:

If the error is discovered during an IRS audit, the plan sponsor will pay a sanction greater than the VCP fee. Understandably, the goal of the IRS is to encourage self-correction and self-reporting under VCP, so the sanction amount is meant to dissuade taxpayers from taking a risk that the error may never be caught.

When a plan error is identified, the plan sponsor and its service providers must make several determinations:

Plan sponsors seeking a closing agreement to resolve retirement plan errors that are not eligible for correction under EPCRS, such as excise tax, deductibility, or funding violations can make a request for approval of a correction that they suggest, and propose a sanction to the IRS through the Employee Plan Voluntary Closing Agreement for which there is more detail on the IRS website.

Is the error insignificant?

The first step is to determine whether the error is insignificant based on a number of subjective factors including:

If the error can be deemed to be insignificant, it is eligible for self-correction at any time if:

The correction of significant errors not corrected by the last day of the second year after the error is made, correction methods that are not pre-approved by the EPCRS program, and errors not eligible for self-correction (such as loan violations) should be submitted for approval through a VCP application.

Self-correction does not involve a filing or a fee, but VCP submissions do. However, effective February 1, 2016, the IRS announced reduced VCP fees as follows:

Unfortunately, the general fee amount for plans with 100 to 500 participants remained the same, but often, plans subject to an audit by an independent qualified public accountant make errors that are eligible for self-correction. In many cases, the only error that the plan sponsor made that is not eligible for self-correction involves plan loan violations. If the VCP submission relates solely to participant loans, and the error does not affect more than 25% of the plan sponsor’s participants in any year in which the failure occurred, then the VCP compliance fee is reduced as follows:

Before these fees were reduced, many clients would opt to self-correct loan failures, because the number and amount of loan policy violations did not seem commensurate with the amount of a VCP submission fee based on the number of participants in the plan, as opposed to the number of loan violations. A very large plan covering over 10,000 participants with two or three loan violations would have had to pay $25,000 to obtain approval for a correction involving only a few hundred dollars. Under this new fee structure, more plan sponsors choose to file under the VCP guidelines, as required.

As one would expect, both the IRS and the DOL favor participants and expect corrections to put them in the position they would have been in had the error not taken place. However, the regulators recognize that there are practical aspects to plan corrections and that sometimes, there is a need to make estimates. As such, there are certain permitted exceptions to full correction of plan errors. For example:

Note that the exceptions to full correction eliminate the need to make de minimis distributions or eliminate the requirement to recover funds from a participant who erroneously received an overpayment.   If the participant who is owed an omitted contribution is still employed by the company, the IRS would likely prefer that a restitution be deposited, even if an estimate has to be made to complete the correction in a cost-effective manner. For example, an employer that misses a series of elective deferral deposits into the plan can assume that all missed contributions would have been made on the midpoint of the plan year, or portion of the plan year in which the omission occurred. This method is a practical alternative to computing up to 52 separate interest calculations. In this case, the results of an exact calculation would not be significantly different than those of an estimated contribution date in the midpoint of the omission period. To make the participants whole, interest must generally be allocated to their accounts when a correction requires an additional deposit.

In the end, plan errors are likely to occur and the vast majority of plan sponsors  prefers to restore participant accounts to the position they would have been in had the mistake not been made. Administratively, the Self-Correction Program tends to be the favored method over a more costly and time consuming VCP application, but when the errors are significant, or stray from the pre-approved methods, the peace of mind of an official IRS approval can be what an employer needs. Careful consideration must be given to all the options.