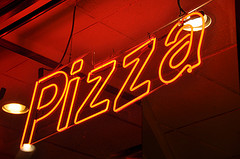 Following in his father’s footsteps, Art Vandelay has worked hard to expand the reach of his pizza chain across the whole state of Delaware. His innovative idea of “making your own pizza pie” has become a smashing success. Working tirelessly day and night, he has added more locations and more employees to meet the increased demand. On January 1, 2012, he officially has 125 employees who are covered by his 401(k) plan. On the cover letter for the 2011 plan valuation, his third-party administrator tells him that based on the number of eligible participants as of the first day of the plan year, the 401(k) plan his dad started in the 1980s will need to be audited by an independent qualified public accountant for the first time.

In anticipation of the first audit, Art spends all year making sure that the 2012 payroll records, new employee elections, and other demographic data are perfectly documented. To Art’s surprise, a young and ambitious auditor sends an information request letter asking for payroll information and participant elections for a sample of participants, since the beginning of their plan participation!!!!!!!

In response to the typical push back, the young auditor explains that the reason for the requirement to audit beginning balances is that the “net assets available for benefits,” the plan’s equivalent to his company’s retained earnings, includes the accumulation of plan activity since the plan’s inception, and past accounting errors can result in a material misstatement in the financial statements.

To prove to Art that she is not making it up, the young accountant shows Art the AICPA guidance on the issue, which reads as follows:

704.6    First-time audits of defined contribution plans must include tests of the plan’s beginning of the year’s individual participant account balances. When the auditor is unable to adequately test these balances because of lost or inadequate records, or for other reasons, a scope limitation exists and a qualified opinion or a disclaimer of opinion should be issued.

An example of an explanatory paragraph and a qualified opinion for such an instance follows:

Because of inadequate records for the prior periods, we were not able to perform sufficient auditing procedures with respect to the participants’ individual account balances accumulated from inception of the plan and therefore are unable to form an opinion regarding the balances at December 31, 2012, or the propriety of the distributions to terminated participants during the year then ended.

In our opinion, except for the effect of such adjustments, if any, as might have been disclosed had we been able to apply the necessary audit procedures as discussed in the preceding paragraph, the financial statements referred to above present fairly  .  .  .

704.8    Because of the nature of the scope limitation just described, it is likely that the reports on the financial statements in succeeding years could be indefinitely qualified or disclaimed. In these situations, the auditor should report the situation to the plan administrator as a reportable condition and request the plan to make every reasonable effort to reconstruct the individual participant balances from inception.

Fortunately, Art’s father is a pack rat and has never thrown out a statement, election, or other piece of financial information, EVER. His account represents a good percentage of the account balances so only a few other participants need to be tested. Embracing the challenge, the ambitious Art and his auditor set out to the basement, to dig for boxes, until they have gathered enough W-2s and other pertinent information to reconstruct enough beginning balances to allow the auditor to conclude that the beginning balances do not appear to be materially misstated.

With another success under his belt, Art offers the dreamy auditor a fully-loaded Vandelay Pizza to celebrate his clean audit opinion. Much like in Johnny Cash’s Tale of a Teenage Queen, “now the story has some more and you’ll hear it all at the pizza store….”