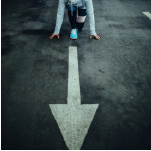 The AICPA postponed the mandatory effective date of the new audit standard, SAS 136, until next year, but the DOL had already updated Form 5500 to incorporate the new reporting rules. So now what?

Over 90% of the firms are not opting to implement SAS 136! In local, regional and national conferences our team has attended, CPAs from firms large and small report that they are not opting to implement SAS 136, Forming an Opinion and Reporting on Financial Statements of Employee Benefit Plans Subject to ERISA, since the mandatory effective date was deferred until audits for plan years ending on or after December 15, 2021.

Where Are We Headed When We Finally GO!

Among many other changes, the new audit standard changed the audit opinion for limited scope audits from a Disclaimer to a two-pronged opinion consisting of:

To accommodate the new, two-pronged audit opinion terminology and parameters of SAS 136, the Form 5500 was updated to enable auditors to issue an unmodified opinion while also indicating they performed an ERISA 103(a)(3)(c) audit pursuant to one of the DOL Regulations allowing the use of a limited scope certification.

What’s in a Name?

Can you still order a pizza if it’s made with tomato sauce, as opposed to tomato sauce? There is no difference! SAS 136 changed the name of limited scope audits to 103(a)(3)(c) audits, but the audit procedures to be performed under the new name are as similar as….well, tomatoes and tomatoes. But words matter, and semantics matter, and the Form 5500 asks us to check what Regulation we followed to perform our ERISA section 103(a)(3)(c) audit.

ERISA Section 103(a)(3)(c) is not new. It is the section that permits what we have always called limited scope audits, but the term “limited” sent the wrong message, resulting in ill-informed accountants limiting the scope of their audits in all the wrong ways. Audit quality suffered, remaining at a 40% deficiency rate for decades, so the regulators changed the name and codified in the standard all the procedures that have always been listed in the AICPA’s Employee Benefit Plan Audit Guide. Even if the name changed, I agree with the regulators that there is no harm in filling out section 3b above, for 103(a)(3)(c) audits, even if we performed a limited scope audit for the 2020 plan year.

In my opinion, the best way to fill out the updated 5500 section is to indicate that the opinion is a Disclaimer on line 3a, an accurate statement that gets a Form 5500 filing rejected unless the disclaimer relates to a pre-approved reason. As such, line 3b should also be filled out to indicate what Regulation section permitted the scope limitation. The information presented this way is accurate, and the title of the audit performed may be incorrect, but for 2020 we can consider 103(a)(3)(c) to be synonymous to limited scope audit. What’s in a title?

There is More than One Way to Make a Pizza

Two smart people can look at the same set of facts and come up with different conclusions, as evidenced by our nation’s political divide, 50% divorce rate, and the abundant lawsuits that both scare and entertain us.

Similarly, some Form 5500 preparers are taking a different approach because they are uncomfortable with line 3(b)’s presumption that a 103(a)(3)(c) audit was performed. For this transition year, the DOL is fine with both approaches. At the AICPA National Conference, the DOL indicated that they will accept both, entries for Unmodified and Disclaimed Opinions, coupled with an indication of what type of certification was used. Different strokes for different folks!