The SECURE Act increased IRS Late Filing Penalties for Form 5500 by how much? How can I avoid them? 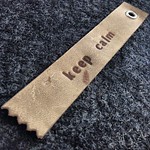 Thankfully, the IRS waives Form 5500 late filing penalties when the plan sponsor has submitted the late filing through the Department of Labor’s Delinquent Filer Voluntary Compliance Program (DFVCP) and also files directly with the IRS any missing Forms 8955-SSA, Annual Registration Statement Identifying Participants With Deferred Vested Benefits. However, for Form 5500-EZ or filings that cover only owners, or partners and spouses and, therefore, are not covered by ERISA and the DOL, the IRS has a separate Form 5500-EZ Late Filer Program.

Additionally, you can request a waiver of penalties because the late filing was due to reasonable cause and not willful neglect. This waiver is, generally, in the discretion of the IRS.

DOL Penalties are determined without regard to any extensions for filing.

DOL Penalties under the DFVCP

In general, large plans cover 100 participants or more, and small plans cover fewer than 100 participants. Please refer to our blog called “I Don’t Want to Grow Up, I Want to be A Small Plan” for more details on the 80-120 rule and the determination of your plan’s size.

DOL Penalties outside of the DFVCP

The maximum penalty for failing to file Form 5500 as adjusted in 2020 increased from $2,194 to $2,233 per day that the filing is late, starting on the unextended due date, which is the last day of the seventh month after year end.

It Doesn’t Pay to Run and Hide

Hoping not to get caught is always an option, albeit a bad one. Getting caught means paying $250 per day to the IRS, PLUS either $50, $300 or $2,233 per day to the DOL. The alternative, coming clean, limits the penalty to $10 per day up to a reasonable cap of either $750, $1,500, or $4,000. These penalty possibilities should only lead to one conclusion: join the DFVCP immediately if you have a late or a missed filing. Wishing the problem away is like running if you’re on fire. Don’t! Stop what you’re doing, Drop the lower fee and Roll into the DFVCP program by following the instructions on the DOL Delinquent Filer Voluntary Compliance Program (DFVCP) Penalty Calculator and Online Payment and FAQ about the Delinquent Filer Voluntary Correction Program.