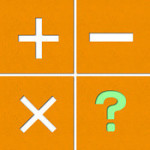 The Internal Revenue Service (IRS) will generally waive late filing penalties for Form 5500 series filers who satisfy the DOL’s Delinquent Filer Voluntary Compliance Program (DFVC) requirements. However, plans that cover only owners and their spouses and partnerships with no employees are not subject to ERISA, and as such, are not eligible for the DOL’s DFVC Program. To help 5500-EZ non-filers, the IRS has a separate Form 5500-EZ Late Filer Program that offers relief from late filing penalties for non-ERISA plans that must file Forms 5500-EZ or 5500-SF because they cover only the owner, partner and spouses.

If a plan sponsor has not received the delinquency notice CP 283 – Penalty Charged on Your Form 5500 Return, the employer may:

As an alternative to submitting late returns under this delinquent filer program, plan sponsors may instead request relief by attaching a statement to the delinquent return, signed by a person in authority, stating your reasonable cause for the untimely return. However, if the request is denied, the plan sponsor will receive the CP 283 penalty notice  and the return will no longer be eligible for the delinquent filer program.

For step-by-step instructions on how to file under the Penalty Relief Program, as well as the full text of Revenue Procedure 2015-32,  please refer to the following link in the IRS website:

Whether a plan sponsor has a one-person, or a one-hundred-partner plan that missed one or more Form 5500-EZ filings, penalties owed can be limited to a maximum of $1,500 by filing under this program. It’s as easy as 2+2.