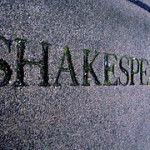 Juliet:
“What’s in a name? That which we call a rose
By any other name would smell as sweet.”

Let us consider what a name is. It is the grouping of letters that represent the identification of a person, object, or entity. However, the words may not be exactly representative of the nature of the organization.  For example, is the YWCA, Young Women’s Christian Association, a Christian entity associated with a church because its name seems to indicate so? No.  The YWCA serves all women, not just Christian women.  The name has been maintained for brand recognition, and there may still be a Christian focus in some of the locations or chapters, but generally speaking, the emphasis is mostly placed on cross denominational social programs that are not specifically associated with any particular church.  As a result, a retirement plan sponsored by the YWCA cannot be considered a church plan.

A church plan is defined as a plan established and maintained by a church or a convention or association of churches that is exempt from tax under Code section 501(a).  Additionally, a plan can be treated as a church plan if it is maintained by a church for the employees of the church and the employees of one or more agencies of the church. A church is deemed to be the employer of an employee of an agency of a church if the agency is associated with the church.  A church agency is defined as an organization that is exempt from tax under section 501 and that is either controlled by or associated with a church, per Treas. Reg. §1.414(e)-1(d)(2).  In determining whether an organization is a religious organization, one must consider whether the agency is an integral part of the church, engaged in carrying out the functions of the church.

Specifically, church plans can cover employees of tax-exempt agencies controlled by or affiliated with a church or a convention or association of churches, including ministers and other clerical employees as well as employees of the church agency.  An employee of a church includes:

Several District Court opinions interpret what constitutes an association with a church with contradicting results.  A discussion of those court cases is beyond the scope of this blog entry.

The definition of a church plan excludes a plan maintained by a church primarily for the benefit of employees of an unrelated trade or business. In this case, “primarily” means that on the date the plan is established, the number of employees employed in connection with the unrelated trades or businesses eligible to participate is less than 50% of the total number of employees eligible to participate.  This rule applies only to the year in which the plan is established.  It is also important to understand how to determine whether the plan is maintained primarily for the employees of the church. On an ongoing basis, if in four of its last five plan years (1) less than 50% of the plan participants consist of, and in the same year (2) less than 50% of the total compensation paid by the employer during the plan year to plan participants is paid to, employees employed in an unrelated trade or business, then the plan is deemed to be maintained primarily for employees of the church.

There is some minor leeway to correct situations in which the  requirements are not met, but by and large, being an employee of an entity with a religious name does not automatically mean that the entity is a church or an agency of a church.   Unlike Juliet’s rose, which would smell equally as sweet if it were called something else, if an organization with a religious name doesn’t smell like a church or a church agency, it probably isn’t.