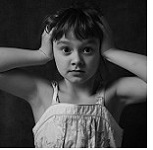 Some of my most memorable childhood stories were those of Amelia Bedelia by Peggy Parish. For those not familiar, Amelia was a housekeeper who would interpret all her instructions literally. Whether it was making a sponge cake out of sponges, spreading powder in order to “dust the furniture”, or actually sitting with a sketchpad to “draw the drapes”, she always seemed to cause headaches for her employers with her literal interpretations.

When the IRS pulls an Amelia Bedelia, however, the headaches are felt by plan sponsors across the nation. For example, the IRS has always held the stance that because Qualified Nonelective Contributions (QNECs), Qualified Matching Contributions (QMACs), and safe harbor plan contributions must be fully vested and nonforfeitable at the time contributed, forfeitures were not eligible to be used to satisfy such contributions.  Their rationale was that by definition, forfeited funds could not have been fully vested when they were contributed to the plan.

Plan sponsors argued that forfeitures should be eligible to be used as when they are being allocated to the participants’ accounts, they would be fully vested. The difference in views came down to the literal versus the figurative meaning of the words “when contributed”, which plan sponsors and service providers have always contended should have been interpreted to mean “when allocated”.  Safe harbor contributions, QNECs and QMACs are always fully vested “when allocated”.

On January 18, 2017, the IRS decided to propose regulations modifying §§1.401(k)-6 and 1.401(m)-5 that would allow the use of forfeitures to offset QNECs, QMACs, and safe harbor contributions. The IRS has indicated that plan sponsors may rely on these proposed regulations in practice.

These proposed regulations bring peace of mind to employers who previously would have had to worry about complying with competing rules that require employers to use forfeited balances expeditiously, but not to satisfy safe harbor contributions, even if making additional contributions would trigger the testing they were trying to avoid by having a safe harbor plan. To take advantage of the proposed regulations, plan sponsors and recordkeepers must ensure that their document language will allow the use of forfeitures to offset QNECs, QMACs and safe harbor contributions, or amend the plan if necessary. If plan amendments are necessary, it is important to use language that literally shows the intent of the law, so that even Amelia Bedelia would be able to follow it without unexpected consequences.