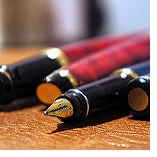 The general rule is that for any year in which a welfare plan had 100 or more participants on the first day of the plan year, the Form 5500 must be filed within 7 months of the close of the plan year:  July 31 for a calendar year, with extensions available. Unlike retirement plans, welfare plans do not have a filing requirement as a small plan. For that reason, the 80-120 exception that allows previously small retirement plans that are growing to cover over 100 participants to elect to continue to file as a small plan until they reach 121 participants on the first day of the plan year, as described in our blog “I don’t want to grow up, I want to be a small plan,” is not available to welfare plans. The reason is that to benefit from the 80-120 election, a plan must have filed a Form 5500 in the previous year. Welfare plans and retirement plans that cover more than 100 people on the first day they are created cannot use the 80-120 election because they did not submit a filing in the previous year.

How to Define Participants

“An individual becomes a participant covered under an employee welfare benefit plan on the earliest of:

See 29 CFR 2510.3-3(d)(1), the DOL Regulations lists the same definition for participants covered under a welfare benefit plan.  Spouses and dependents are not counted for purposes of determining filing requirements. This differs from retirement plans, as the definition of participant includes employees eligible to participate, even if they choose not to participate

Is a Financial Statement Audit Required too?

Ready for some more good news? For welfare plans that are self-funded, fully insured, or a combination thereof, there is no audit requirement. If benefits and/or insurance premiums are paid directly from the general assets of the employer/plan sponsor, or through insurance rather than a trust, there are no financial statements for the plan and, as a result, no financial statement audit to attach to the filing. If the plan uses a trust, however, it will be considered a funded plan, and an audit will be required if there are 100 or more participants.

Get Your Count Right

With that in mind, plan sponsors that offer more than one type of welfare benefit under the same umbrella welfare plan must count employees who receive each type of benefit if only one Form 5500 is filed for all the relevant welfare benefits offered under the same umbrella plan.  If separate plans offer separate benefits and multiple Forms 5500 are filed, then each Form 5500 would report the employees subscribed to each benefit offered under that Form 5500.  To determine whether one filing or multiple Forms 5500 must be filed, plan sponsors must understand whether they have a wrap document that offers all welfare benefits under one umbrella welfare plan, or separate welfare plans. It is also important to remember that the plan year and the policy year do not have to coincide. Information entered on the Schedule A of the Form 5500 should pertain to any policy year ending with or within the plan year. Multiple Schedule A’s for different welfare benefit coverages with multiple policy years that differ from the plan year on the umbrella plan document can be included with one Form 5500 filing.

In summary, for health and welfare plans, if an active participant is eligible to participate but chooses not to elect a benefit in an employer-sponsored welfare benefit plan arrangement, that participant is NOT counted as participating for Form 5500 purposes. So, to determine if employees are in or out, employers really do have to count the same group of heads twice, one time for the welfare plan and one for the retirement plan, and the final counts will likely have different results.  In the employee benefit world, 1+1 does not always have to equal 2.