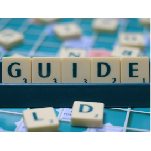 A major benefit to employees who are participating in a qualified retirement plan is the deferral of taxes. Pre-tax deferrals, employer contributions, and the related earnings grow tax-free until the amounts are distributed from the plan. Unfortunately, when a participant takes a distribution upon retirement or an early distribution that is not rolled over, the federal government expects to receive its fair share. The taxation of retirement plan distributions is complex, so it’s easiest to keep them straight by following the chart we provided below. To supplement the chart, let’s discuss a few concepts on the taxation of distributions.

10% Tax* at the Individual Taxation Level

The Federal government imposes a 10% early withdrawal tax generally if a participant has not reached age 59 ½. There are exceptions including death, disability, substantially equal periodic payments for the participant’s life expectancy or joint life expectancy including the beneficiary, or separation of service at age 55 or older. See Tax Topic 558 from the IRS and the chart below for exceptions.

* Non-spousal beneficiaries may ask to have benefits distributed by the plan in a plan-to-plan transfer to an inherited IRA.

^ 10% early withdrawal tax does not apply if from an IRA provided the funds are used to buy a first home, pay for college, or needed due to financial hardship.

10% early withdrawal tax applies to distributions made before age 59 1/2 if the distribution came from a 401(k) or 403(b) Plan, even if the money is used to buy a first home, to pay for college, or needed due to financial hardship.

(1) Distributions $200 or less are not subject to Federal withholding.