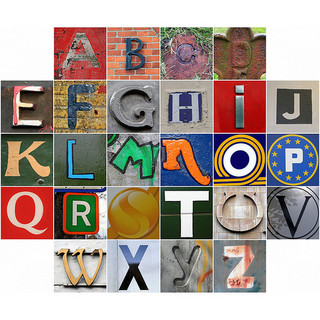 Let’s start off with an explanation of some of the fee terminology.  Specifically, we will look at mutual funds.   Mutual fund expenses such as commissions and sales charges are called “loads”.  There are front-end loads and back-end loads.  Front-end loads are paid when you purchase a mutual fund and back-end loads are paid when you sell the mutual fund.  In addition, Rule 12b-1 fees are ongoing fees paid annually from the mutual fund.  12b-1 fees may be used to pay for commissions to brokers or other salespersons, to pay for advertising and other costs of promoting the fund and to pay service providers of a 401(k) plan.  For the fund in our example below, the 12b-1 fees range between .24% and 1% of assets annually, depending on the share class.

Mutual fund share classes available include Class A, B, C, F, I and R-share classes. Class A shares typically charge a front-end load.  Although the amount charged at the time of purchase reduces the investment in the fund, Class A shares usually have lower 12b-1 fees and lower operating expenses.  Class B shares charge a back-end load. Initially, Class B shares have higher 12b-1 fees and higher operating expenses than Class A shares, but the commissions charged are reduced each year until the shares convert to Class A shares.  Generally, after 5 to 8 years, Class B shares convert to Class A shares.  Class C shares are level-loaded, meaning they have reduced front-end load and  back-end loads, but their 12b-1 fees and operating expenses can be higher .  Class C shares generally do not convert to Class A shares, and sometimes the back-end load is waived after the investor has owned them for a certain amount of time.  Class F shares are offered by mutual fund companies for fee-based advisors.  The fee-based advisor negotiates the fee directly with the client who pays for the advice.  Shareholders choose to compensate their financial advisor based on the total amount they hold in their portfolios rather than pay commissions or sales charges.  These arrangements are called “asset-based” or “fee-based” programs.  Class I shares are sold to large, institutional customers and have no front-end loads, contingent sales charges or 12b-1 fees.  The last class of mutual funds is Class R shares, which are specifically for retirement plan funds.  Instead of front-end or back-end loads, these funds charge a percentage of the value of the fund each year.  These shares are also sometimes called K shares.

Each share class of a mutual fund represents an investment in the same portfolio of securities, but each class has its own sales charge and expense structure. Investors generally work with a financial advisor to determine which class share they should own based on their investment objectives, how long they plan to own the shares, how much they plan to invest, and the availability of each share class. Since a picture is worth a thousand words, the following chart from Yahoo Finance helped my client sort out the share class alphabet soup for one mutual fund:

With this basic understanding, my client was also better able to understand the EBSA publication called A Look at 401(k) Plan Fees.  The DOL website has other publications that can help plan sponsors in their quest to unscramble the share class alphabet soup and turn it into the good old ABCs.