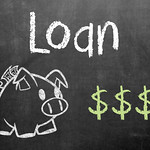 On April 19th, the IRS issued an update, Revenue Procedure 2019-19, to the EPCRS which expands the Self-Correction Program (SCP) to cover certain plan loan failures. Previously, plan loan failures could only be corrected using the Voluntary Correction Program (VCP). The update provides that failures related to failure to repay the loan according to plan terms may be corrected through SCP, while failures related to loans that exceed loan limits under Internal Revenue Code (IRC) 72(p)(2)(A) or plan terms that do not meet the requirements of IRC 72(p)(2)(B) or (C) must still be corrected under VCP or through an Audit Closing Agreement Program (Audit-CAP).

There are three possible 72(p) failures related to participant loans, which include:

If a participant loan exceeds the limit set forth by the IRS (currently the lesser of (1) $50,000, reduced by the highest balance of that participant’s outstanding plan loans during the preceding 12 months; or (2) 50% of the participant’s nonforfeitable benefit) a corrective repayment must be made in the amount of the loan that exceeds the maximum allowed limit. If the participant had already begun making repayments on the loan, there are three methods available to make the required correction for the participant loan failure. The first option is to apply the repayments received to the original loan amount that was not in excess of the limit. This would create a corrective repayment equal to original loan excess as well as interest accrued. The second available option would be to apply the payments first to the interest that has accrued on the portion of the loan in excess of the limit and then, used to reduce the principal of the loan amount which was not in excess of the limit. Therefore, the corrective repayment would consist only of the original loan excess, not the interest as in the first option, since it was already reduced by the loan repayment. Lastly, the third option would be to pro rata the repayments against the loan excess and maximum allowable amount of the loan. This creates a corrective repayment of the amount of the loan excess at the date of the correction. After one of the three correction payments has been made, the loan may be re-amortized over the remaining period. This failure may only be corrected through VCP or Audit-CAP.

The IRS requires that loans must be paid off within 5 years of issuance and payments cannot be any less frequent than on a quarterly basis. If a participant’s loan does not comply with the repayment requirements, the loan must be re-amortized over the remaining maximum period measured from the original date of the loan. This failure may only be corrected through VCP or Audit-CAP.

The third type of loan failure is created when the participant defaults on loan repayments. Previously, a defaulted loan was considered a deemed distribution and reported on Form 1099-R if the loan repayments was not caught up within the cure period defined by the plan document, unless the plan requested relief through the VCP. However, this failure may now be corrected through SCP, as long as it is corrected before the maximum period for repayment of the loan expires. Additionally, the 1099-R may now be issued in the year of correction, rather than the year of the failure. In order for the plan to self-correct the defaulted loan, the participant must either:

Other failures related to participant loans include:

EPCRS was also updated to permit self-correction for failures to obtain spousal consent of participant loans, if required by a plan. In order to self-correct, the plan must simply notify the participant and spouse and obtain the spouse’s consent. If consent cannot be obtained, the plan must then correct the failure through the VCP or Audit-CAP.

The last update to the EPCRS regarding participant loans is the addition of the plans’ ability to self-correct failures resulting from the issuance of multiple loans to a participant in excess of the maximum number permitted by the plan by retroactively adopting a plan amendment. The amendment may only be made if it satisfies the qualification requirements under IRC, if it would have satisfied the qualification requirements at the time the loans were being issued, and the excess loans were not discriminatory in favor of highly compensated employees. This updated correction is in addition to the permissible self-correction by amendment that was available under EPCRS for plans that issued loans under a plan document that did not permit loans.

These welcome updates encourage voluntary compliance by making the correction of participant loan failures much easier and cheaper for plan sponsors through self-correction rather than imposing onerous VCP fees. In some cases, cheaper is actually better and the IRS will get what it bargained for as a result: compliant plan sponsors.

Photo by Got Credit (License)