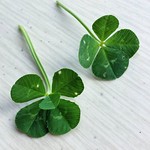 You (or your client) may have just found out that an audit is required for its retirement plan. Many questions may be running through your head such as Why must an audit be performed? What must be audited? Who performs audits? Who is required to have an audit? How is an audit performed? Well, it’s your lucky day, because this blog will address these burning questions. If you plan already requires an audit, this blog may still provide beneficial by uncovering facts that you didn’t know. Let’s begin.

Who (must have an independent qualified plan audit of its retirement plan)?

The Employee Retirement Income Security Act (ERISA) Section 103(a) requires that most plan sponsors of retirement plans file an annual report (Form 5500 – Annual Return/Report of Employee Benefit Plan) with the Department of Labor (DOL). The Form 5500 filing consists of the main Form 5500, which includes pertinent plan information, including the plan’s name, its main features, and the participant-count, among other required information. Different schedules need to be attached to the main Form 5500, depending on certain factors, including the plan’s features, investment options, and participant count. A large retirement plan must file a Schedule H (Financial Information). A Schedule H generally requires that the plan’s financial statements be audited by an Independent Qualified Public Accountant (IQPA), such as Belfint, Lyons & Shuman, P.A. Some small plans require an audit and some large health and welfare plans that are self-funded, fully-insured, or a combination thereof, do not require audited financial statements, but those topics are beyond the scope of this blog.

Since large retirement plans must engage an IQPA, it is important to know how to determine whether you have a large plan. This is a common question that we answer several times each year because of the complexities of counting participants accurately, a misconception that “large” has to do with the amount of assets under management and, lastly, the transitional rule that allows a small plan to elect to be small just a little longer. This transitional rule is called the 80-120 rule.

Generally, large plans are those plans that cover 100 or more participants at the beginning of the year, except when a plan sponsor uses the 80-120 participant rule.  This rule allows plans that cover between 80 and 120 participants at the beginning of year to file a Form 5500 consistent with the same size plan-filing as the prior year. For example, if an employer had filed as a small plan filer in 2020 and at the beginning of 2021 had 110 participants, then the plan can file as a small plan for that year, and every other subsequent year, until the plan covers 121 participants, essentially delaying the audit until it covers 121 participants at the beginning of the year. This exception is beneficial to small plans because of the delay of an audit of the plan financials for a year or more. This benefit does not present itself for a plan that filed as a large plan in prior year and has a participant count that falls below 100, because there is generally no cost-benefit in the plan sponsor’s eyes to continue to elect filing as a large plan that requires an audit. Hence, as soon as a plan that used to be large covers 99 participants on the first day of the plan year, it can adhere to the general rule and file as a small plan. Using the 80-120 rule to elect filing as a large plan would force the plan to pay for an audit that is not required. Almost nobody chooses to be audited when there is an alternative.

Who (can audit plan financial statements)?

Hiring an IQPA qualified to perform an audit in compliance with AICPA standards is an important fiduciary responsibility. An IQPA must be certified by a state board of accountancy to practice public accounting and must be independent of the plan. There are many CPAs who fit this definition, but it is important to point out that the DOL’s EBP audit quality studies have shown that not all IQPAs are the same.

The AICPA has created tools and resources to assist employers with the selection of an IQPA.

Much like there are different doctors practicing in numerous specialty areas, it is important to consider whether the IQPA is an expert in this highly specialized compliance area. Just as a patient wouldn’t consult a general family practitioner to perform brain surgery, a plan sponsor shouldn’t engage an accountant that doesn’t specialize in retirement plan audits. As you may know, operating a retirement plan accurately can be as complex as brain surgery, so all the service providers engaged should possess a high level of relevant training, expertise, and experience.

What (must be audited)?

ERISA provides plan sponsors the opportunity to instruct an auditor to exclude investment values  and investment earnings from the scope of the audit if the assets are held at a qualified institution (bank or similar institution or by an insurance carrier that is regulated, supervised, and subject to periodic examination by a state or federal agency who acts as trustee or custodian). This limitation to the scope of the audit is stated in ERISA Section 103(a)(3)(c), which permits the auditor to rely on a certification by the qualified institution, if valid, and only to compare the certified assets and earnings values to the amounts reported on the financial statements. The IQPA does perform procedures to gain comfort that the certification is valid and that the values certified are presented accurately in accordance with generally accepted accounting principles in the plan financial statements.

Where (is the audit filed)?

Why (must an audit be performed)?

ERISA requires that large plan filers engage an IQPA to audit the financial information of the plan. An audit by an IQPA provides assurance that the financial information that the plan reports is accurately reported to the DOL and plan participants. Although the DOL and IRS can, and do, perform investigations and audits of plans, the number of investigations and audits could never cover the entire universe of plans. The IQPA will review plan information, internal controls, processes, and activity and can identify errors, which may be corrected to ensure the plan maintains a qualified status and is operating in accordance with plan and other legislative provisions.

How (will the audit be performed)?

An IQPA will perform an audit of the plan’s financial statements in accordance with GAAS. An IQPA will need to gain assurance that the plan’s financial statements are presented in accordance with GAAP or another basis of accounting. As part of GAAS, the IQPA will perform risk assessment procedures and identify areas of risk within the financial statements. The IQPA will focus his/her attention on areas which may be more prone to error and misstatement and are inherently risky. Because an IQPA will not look at 100% of the transactions that occur in a retirement plan during the year (i.e., gain absolute assurance), an IQPA can only gain reasonable assurance that the financials are accurately stated. Based on the risk assessment process, the IQPA will select relevant transactions on a sample basis to conclude the account being tested does not appear to be materially misstated. As applicable, based on the risk assessment and the plan provisions, testing will be performed over contributions, benefit payments, participant loans, administrative expenses, and for investments not covered by a certification, investment and investment earning values. The IQPA will obtain backup documents supporting each area.

As an example of the risk assessment process, a plan with a complex, multi-tier employer match formula that provides 3% for those with 1 to 2 years, 4% for those with 3 to 4 years and 5% for those with 5 or more years would be assessed as a riskier contribution formula than a flat nonelective contribution of 3% to all employees. There is a lot more opportunity for error in the graded match schedule that must consider deferral contribution levels and years of service. A common error is that employees may receive an incorrect match when they are not moved to the next service tier, etc. Therefore, the IQPA would designate the match formula as a risk area. In this case, the IQPA would select a sample of participants in each tier to verify that the employees are receiving the accurate match amount. If the testing of the sample, which is statistically determined, is accurate, the IQPA can conclude that the entire population is likely to be accurate. If an error is found, the IQPA would need to expand the test or extrapolate that error to the entire population to determine an actual or possible misstatement and whether it is material. After all the misstatements that the IQPA finds are evaluated and the IQPA concludes whether the financial statements are accurately stated in accordance with GAAP in all material respects, he/she will issue the final auditor report.

I hope you now have a better understanding of the Who, What, Where, Why, and How of retirement plan audits.