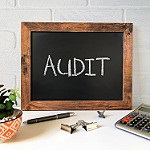 Per a note in the beginning of the Final Balloted Draft, the standard is expected to be finalized in the first half of 2019 after deliberations on other possible adjustments to the reporting rules in the Statement on Auditing Standards (SAS) are considered.  The final standard will be effective for audits of financial statements for periods ending on or after December 15, 2020, with early adoption NOT permitted.

To give a brief overview, in May 2015, the DOL released a report on audit quality.The findings of the review was a 39% deficiency rate of the audits in its sample.  In addition to many education, certification, and awareness initiatives communicated in the report as possible remedies for improvement of qualified plan audits was a recommendation to repeal the limited-scope audit exemption.  Key players in the DOL had expressed views that the disclaimed opinion, and some auditors’ misinterpretation of procedures to be performed in a limited-scope audit, were partially to blame for the continued 39% deficiency rate in the DOL’s Audit Quality Study. The Exposure Draft of this standard expressed that “The Chief Accountant of the Department of Labor (DOL) requested the ASB take a fresh look at the auditor reporting model for ERISA plan audits to provide better insight to the public regarding the scope of the responsibilities of management and the auditor, including when management imposes a limitation on the scope of the audit, as permitted by the DOL’s Rules and Regulations for Reporting and Disclosure under ERISA ERISA-permitted audit scope limitation).”

One recommendation by the DOL was to amend ERISA to remove the limited-scope audit exemption. Luckily, that recommendation was not followed through.  However, the DOL has worked with the AICPA and the ASB to update the standards and audit report requirements so that auditors provide an audit opinion on the financial statements that does not extend to the assets certified by a qualified institution, instead of a disclaimed opinion on the full financial statements based on the lack of procedures the auditor did not perform on certified investment information. Rather than being called a “limited-scope” audit, the audit will now be called an ERISA Section 103(a)(3)(C) audit, based on the applicable ERISA section.

For both audit reports, the following statements are added in the respective sections of the audit report:

ERISA Section 103(a)(3)(C) is unique to EBP audits and the fact that investment values and investment earnings are excluded from the audit scope is no longer considered a scope limitation that requires a disclaimer of opinion or other type of modified opinion.  Instead, the audit report will provide a two-pronged opinion.  First, the report will provide an opinion on whether the information that was subjected to audit procedures is presented fairly. Second, it will provide an opinion on whether the certified investment information on the financial statements agrees to or is derived from the certification.

Changes to the previous limited-scope audit required in the new ERISA Section 103(a)(3)(C) report include:

The new language in the audit report will provide better clarity regarding management’s responsibility and the auditor’s responsibility, as well as an opinion on the financial statements in the case of ERISA Section 103(a)(3)(C) audits, which will hopefully alleviate some of the concerns and misunderstandings regarding the value and the extent of work that is required in an EBP-specific limited scope audit.  In my next blog, I will talk about some other key takeaways I got from the new draft standard.

All blog posts are valid as of the date published