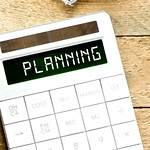 Traditional profit-sharing plans undergo compliance testing similar to the compliance testing performed on elective deferrals and employer match contributions and, therefore, owners and highly compensated employees generally are not able to receive contributions that are much higher than those allocated to the non-highly compensated employees. Plan sponsors who want to maximize the disparity between the allocations to the owners and the rank and file do so through a plan design called a new comparability profit-sharing plan, which uses cross-testing as the testing mechanism to legally maximize the allocation to the owners.

To determine if nondiscrimination requirements are satisfied, cross-testing considers the rate of the projected benefit at the age of retirement, the Equivalent Benefit Accrual Rate (EBAR), rather than the current contribution rates as done with traditional profit sharing plans. This allows owners and highly compensated employees, who are generally older than the non-highly compensated employees, to receive larger contributions.

Under a new comparability plan, different profit-sharing rates can be allocated to employees within different classes or groups. The groups can be based on age, years of service, job class, location, or can even consider each individual employee to be a separate group. However, for a plan to qualify for cross-testing, one of the following three requirements must be met:

Prior to starting cross-testing, the EBAR must be computed for each participant. The EBAR is computed by multiplying the current year contribution by the interest rate specified by the plan for making interest adjustments, factored by the number of years until the participant reaches retirement. It is then divided by the actuarially determined annuity purchase rate at retirement age times current year compensation. The result is then multiplied by 12 to produce the participant’s EBAR. The EBAR is used to complete cross-testing.

The EBAR for a participant who is currently 35 years old (30 years left until retirement at age 65), receiving compensation of $45,000 per year and a profit sharing contribution of $2,000 in a defined contribution plan with a specified interest rate of 8.5% and actuarial determined annuity purchase rate of 95.38, would be 6.46%, computed as follows:

A company wishes to contribute a profit sharing contribution that qualifies for cross-testing using the following allocation rates:

The first step is to ensure that the allocation formula satisfies one of the three criteria required for cross-testing. The formula satisfies the Gradual Age or Service Schedule requirement since the rates increase at regular intervals and in equal length, the increase between each band is not more than the lesser of 200% of t

he prior allocation rate or 5%, or greater than the increase ratio of the prior two allocations, and the lowest percentage is not less than 1%. Therefore, the plan qualifies for cross-testing.

The next step before moving onto cross-testing is to compute the EBARs for each participant:

Once the EBARs are computed, cross-testing can be performed.

The plan passes the general test since the ratio percentage for all rate groups is greater than 70%.

The plan is nondiscriminatory since the ratio percentage is greater than the safe harbor percentage, and the final step of cross-testing, Average Benefit Percentage Test, may now be performed.

Since the average benefit percentage is greater than 70%, the plan passes cross-testing!