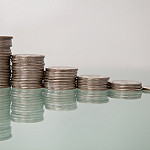 It is not often that we can give our clients good news as a result of new guidance from the Internal Revenue Service, but thanks to Notice 2016-16, Mid-Year Changes to Safe Harbor Plans and Safe Harbor Notices, we have fantastic news. This long-awaited guidance continues to permit mid-year amendments to a safe harbor plan to:

This broad-based leniency described above was very timely as I was able to deliver positive news recently.  The matter involved a retirement plan that is a 401(k) safe harbor plan.  The employment contract promised employees a higher match than what was actually provided under the safe harbor match formula.  As you may suspect, the employees were not happy that they were receiving less than they were promised.  To try to resolve the issue, the third-party administrator was contacted in late 2015 for a requested change in the safe harbor match formula to agree to the specified rate in the employment contract.  However, since the third-party administrator was not contacted until later in 2015, the required safe harbor notices could not be timely provided to participants.  Under the previous rules, the plan could not be amended until January 1, 2017.  Luckily, the IRS released Notice 2016-16 on January 29, 2016.   In addition to allowing more leniency to mid-year amendments, the Notice relaxes the requirements to distribute an updated safe harbor notice to participants if it is not practicable for the updated safe harbor notice to be provided before the effective date of the change.  An example in the notice specifically states that the participant notice is treated as having been provided timely if it is provided as soon as practicable, but not later than 30 days after the date the change is adopted.  The general rule is that a safe harbor notice must be provided to the participant at least 30 days (and not more than 90 days) before the effective date of the change.

On January 29, 2016, I was able to give good news in regard to IRS Notice 2016-16, which allowed the mid-year change to the safe harbor match formula that was needed to agree with the employment contract.   I would say that’s a pretty good beginning to 2016, and it’s only a matter of time until I have to give unwelcome news to someone about some IRS rule that they have inadvertently broken, so for now, I am enjoying this good news from the IRS.