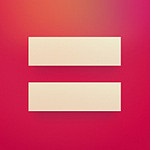 When the plan fails the ADP test, the plan sponsor must either return the excess deferral contributions to the HCEs or make additional, fully vested contributions called QNECs (Qualified Nonelective Contributions) to the NHCEs. Similarly, failing the ACP test can be corrected with QMACs (Qualified Matching Contributions). Counterintuitive as it may seem, QMACs may be used to also satisfy the ADP test and QNECs may be used to satisfy the ACP test, as long as the same contributions are NOT used in both tests. Please refer to our previous blog: What the Heck is a QNEC? for an exact definition of QNECs and QMACs.

When the ADP or the ACP test fails, the corrective action must take place in the first 2 ½ months after the plan year end, which is March 15 for a calendar year plan. Alternatively, corrections must be made before the end of the plan year following the year of the failed test, but an excise tax must be paid for corrections made after the 2 ½ months but before the end of the 12-month correction period. If a correction is not made during the 12-month period, the plan may lose its tax-qualified status, and the correction must take place through the Employee Plan Compliance Resolution System (EPCRS).

EPCRS requires ADP/ACP test failures corrections beyond the 12-month period to include not just a refund, but also to make an additional one-to-one QNEC in the same amount of the refunds. For example, whereas an employer can simply return excess contributions to HCEs in the first 12-month period, after one year, the employer must also allocate the same dollar amount refunded to the HCEs to the NHCEs based on their compensation. This is called a one-to-one correction method and it can be avoided by correcting timely. Alternatively, the employer can contribute a QNEC for all eligible NHCEs in the same percentage for each participant in the amount necessary to pass the tests. The additional cost of correcting late is an excellent incentive to understand the rules and how to follow them timely.

To correct an ADP failure, the plan sponsor can elect to use the “bottom-up leveling method.” Because the ADP test gives an equal weight to each person included in the test, a small QNEC contribution to a person who earned minimal wages due to short-term employment or termination early in the year has a much greater impact on the test results than the same contribution to a full year employee. For that reason, the employer can pick the participant who had the lowest compensation and contribute a QNEC of up to 5% to that person. This process will continue with the next lowest compensated employee one at a time, until the plan has passed the ADP test. Such targeted QNECs are generally limited to 5% of compensation, but special rules apply when QNECs exceed 5% of compensation and for flat dollar QNECs made to Davis-Bacon plans.

In the past, regulations allowed the employer to contribute up to 100%, not 5%, of the lowest paid employee’s wages. The Internal Revenue Service (IRS) determined this practice to be abusive, as employers could contribute 100% of the lowest paid employee’s wages and pass the test easily. The IRS also found it abusive for employers to revise plan policies or provisions to alter testing results. If amendments are made with an abusive primary purpose, the plan will fail to satisfy Code Section 401(k).

To prevent failures in the future, plan sponsors should provide complete and accurate compensation detail to the third party administrator (TPA). In many cases, the TPA can use a different definition of compensation for testing purposes than what was used for contribution purposes, but this option is only available when the TPA has all the pertinent data.

Employers must also remember that a generous match and/or nonelective profit sharing contribution do NOT count towards passing the ADP test if the plan is not a safe harbor plan. The ADP test only considers elective employee deferrals, while the ACP test looks at employer match contributions. Additionally, employers should be able to accurately identify all eligible employees and properly identify HCEs to avoid discrimination testing mistakes.

QNECs can become very expensive, and plans that continue to fail discrimination tests may need to look for an alternative plan design. Employers could opt to return contributions to their participants, but may create an unwanted or unexpected tax burden for HCEs that are affected by the test results. HCEs may also be forced to forfeit excess non-vested match contributions. Any amounts determined as excess from the ACP test that were not vested at the end of the plan year of error are forfeited and are to be used according to the plan’s forfeiture provisions. Alternatively, adopting a safe harbor plan could help employers avoid discrimination testing entirely, but not every employer can afford to make generous, fully vested safe harbor contributions. It is important for employers to consider all their options relative to their company’s financial goals and their goals for employee retirement readiness when designing their plans.