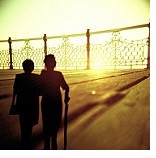 Our recent blog “So You Are Changing Jobs…Are You Forgetting Something?” urged people to consider a rollover of their retirement accounts when joining a new employer plan. The blog was inspired by a new plan audit client in which there were numerous terminated employees with account balances under $5,000. In some cases, the former employees had not worked for the company in over ten years. Although the employees might have sound financial reasons for leaving those funds in the former employer’s plan, it’s important to take a look at this topic from the employer’s point of view.

Assume Company B, Inc. is an employer with moderate turnover. Employees are permitted to enter the plan after completing three months of service. Company B’s plan does not have a mandatory cash-out provision. If the employee’s balance is below $5,000 and the participant does not make an election to take a distribution or to roll over the account to an IRA, the employer could amend the plan to provide for a cash distribution of vested balances up to $1,000 and roll over vested balances between $1,000 and 5,000 to a designated individual retirement account. The key is to have the details clearly defined in your plan document and to notify the separated employee in writing about what is going to occur.

Company B’s former employees with balances of $5,000 or less may actually cause the plan to incur an unnecessary audit fee, adding administrative difficulty, and potentially increasing fees per participant paid to the custodian and third-party administrator. If Company B adds a cash out requirement, small balances would be distributed. The point is simple– there is potential for administrative efficiencies when keeping your plan lean by restricting your plan to only current employees and making terminated employees take a mandatory cash-out, as applicable.

Other issues to consider regarding potentially lost participants include how up-to-date are the addresses of the former employees in the plan?  Are they still living the United States or even alive? What are the escheatment laws in your state? At what point does the account become abandoned?  These are some of the issues which should be considered when evaluating the downside of not having a mandatory cash-out provision. When you think about it, carrying balances over the long term for former employees carries some risk and added responsibility.

Businesses usually try to limit risk but this area can often be overlooked. Improving the situation is as simple as adopting an amendment to the plan. Many platform providers also offer IRAs. Consider providing an IRA Rollover Kit or instructions on how to roll over the account to another plan to employees during the exit interview. This move will not only encourage them to move their money from the plan but also give the (now former) employees the flexibility to do what is best for them.

Due to these factors and risks, forcing small balances of former employees out of their plan is an alternative that should be considered.
Photo by Laura Thorne (License)