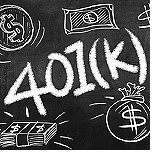 There has been a lot of talk about changes brought by the Tax Cuts and Jobs Act (Tax Act) that President Trump signed last December. While the Tax Act did not directly modify the rules governing hardship distributions from benefit plans, the Bipartisan Budget Act of 2018 (Budget Act) makes certain changes to them. With changes effective January 1, 2019, it will be important for plan sponsors to understand changes that will come into effect because of the Budget Act and determine if any plan administration changes and/or plan amendments will be required.

A hardship distribution is an optional feature within 401(k) and 403(b) plans. The Adoption Agreement and Summary Plan Description (SPD) indicate whether hardship withdrawals are offered by the plan. Typically, plans do not offer in-service distributions to participants until they reach the age of 59½.  Hardship distributions, if allowed under the plan, are for employees who have experienced a “financial hardship.” A financial hardship under most plans will normally include at least the Internal Revenue Code’s safe harbor hardship definitions: unreimbursed medical expenses, purchase of a principal residence, certain expenses for the repair of damages to a principal residence, payment necessary to prevent eviction from or foreclosure on your primary residence, college tuition and related education costs, and funeral expenses.   Under the current law, the distribution must not exceed the amount needed for the hardship plus a gross-up for taxes; a participant must first exhaust all other forms of financing, including loan options available in the plan; and a participant cannot contribute to the plan for six months following the distribution.

The Budget Act, which was signed by President Trump on February 9, 2018, gave the Internal Revenue Service one year to remove the requirement to obtain the maximum available plan loan and the six-month suspension of employee deferrals following a hardship distribution. In addition, the Budget Act expanded the sources from which employers can allow hardship distributions.  Previously, hardships were limited to employee elective deferrals, excluding the portion attributable to investment earnings. Allowable sources will now include qualified nonelective employer contributions (QNECs), qualified matching contributions (QMACs), and all earnings. These new rules apply to plans for plan years beginning on or after January 1, 2019.

Plan sponsors should immediately consult with their record keepers, third-party administrators, and/or ERISA counsel, as applicable, to determine whether a plan amendment is needed to implement the changes described above. Employers are not required to amend their plans; however, the six-month suspension rule is part of safe harbor requirements for hardship distributions, which will be revised in accordance with the Budget Act. Therefore, any plan sponsors who use the safe harbor will likely have to amend their plans to retain the benefit of safe harbor. For participants, while these new changes may make it easier to take hardship distributions, they should still be considered a last resort. Unlike a 401(k) loan, participants will pay tax on any hardship distributions taken from the plan. If the participant is under 59½, the participant will also have to pay a 10% early withdrawal penalty. The withdrawal of retirement savings from the plan also results in the loss of future earnings. Despite the wisdom of advice against distributions that cause premature leakage of retirement savings, life happens.  When life happens, and chocolate or wine can’t help, a hardship distribution may be just the solution needed, and these rules will simplify plan administration and make it easier for participants who are going through hard times. 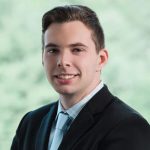