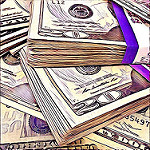 The IRS is striving to make the process of taking hardship distributions “a little less hard” through proposed regulation issued on November 14th, 2018, ushered by the Bipartisan Budget Act of 2018 (BBA).

* expand the number of situations that constitute a hardship;

* expand the number of individuals for whom hardship dollars can be withdrawn;

* eliminate the requirement to suspend deferral contributions for six months after a hardship distribution;

* eliminate the requirement to take the maximum available participant loan;

Home Casualty: The regulations clarify that expenses relating to damage inflicted on a principal residence are not limited to federally declared disaster areas under section 165(h)(5) added by section 11044 of the Tax Cuts and Jobs Act. In other words, distributions can be taken for expenses related to repairs and damage to an employee’s principal residence that would qualify for the casualty deduction under section 165. Section 165, in the case of these proposed regulations, should be considered without regard to whether a residence is located within a federally-declared disaster area under the new section 165(h)(5) provision or whether the loss exceeds 10% of adjusted gross income. This benefits employees experiencing losses from damages inflicted by disasters but who do not live or work in federally-declared disaster areas.

New Type of Expense: A new safe harbor definition of hardship has been introduced relating to expenses for relief (including loss of income) incurred because of certain major federally declared disasters, including Hurricanes Maria and Michael. The IRS added this section to reduce uncertainty as to whether plan funds are accessible following a disaster in a Federal Emergency Management Agency (FEMA)-designated area if an employee’s principal place of residence or employment is within the designated area.

Primary Beneficiaries Included: The proposed regulations expand the list of who can take hardship distributions for  expenses incurred for qualifying medical, educational, and funeral expenses to also include “primary beneficiaries” of the plan, in addition to spouses and children. This expansion serves to benefit families of employees who designate someone other than a spouse or child as the participant’s primary beneficiary, since a primary beneficiary has an unconditional right to all or a portion of the employee’s plan account balance upon death of the employee.

Suspense Period Removed: The new safe harbor suspends an employee’s requirement to discontinue deferral contributions to all employer-maintained plans for at least six months following the date a hardship distribution is taken. The BBA included a section removing this six-month prohibition, permitting employees to continue making contributions immediately after taking a hardship distribution.

The changes to the hardship distribution rules made under the proposed rules are effective for plan years beginning after December 31, 2018, and the proposed regulations provide that they generally would apply to distributions made in plan years beginning after December 31, 2018. As a practical matter, the changes may be automatically effective on January 1, 2019 for plan documents that incorporate the new rules as a safe harbor default, but plan sponsors may have the opportunity to elect only some of the new provisions through their adoption agreements.  As expected, there are many nuances that each plan sponsor must discuss with its plan document provider regarding the specifics of how these new rules should be implemented by each plan.

During and following January 1, 2020, suspense periods following hardship distributions will be disallowed altogether. However, plans are permitted (but not mandated) to remove the suspension period beginning on the first day of plan years beginning after December 31, 2018. The IRS provides an example showing how a plan following pre-2019 safe harbor standards may be amended to provide that an employee who took a hardship distribution in the second half of 2018 will be prohibited from making contributions only until January 1, 2019.

The suspension of the requirement for plan administrators to obtain a representation from the employee that no alternative funds are available other than requesting a hardship distribution only applies for a distribution that is made on or after January 1, 2020. For distributions before January 1, 2020, the proposed regulations clarify that a plan may require the participant to represent that a distribution is necessary to satisfy an immediate and heavy financial need.

The revised definition of safe harbor hardships may be applied to distributions made as early as January 1, 2018. However, plans may be amended retroactively to include the losses caused by disasters occurring in 2018 (i.e., Hurricane Florence or Hurricane Michael), where relief is provided through March 15th, 2019 and all related amendments will need to be implemented by that date.

Let us serve your plan and your employees by connecting on next steps to address how the new rules impact your company’s qualified plan.

All blog posts are valid as of the date published