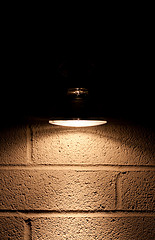 Imagine that I am standing over a cowering plan administrator, in a dark room, shining a single bright light overhead, screaming “Did you take money from the plan?!” This tactic is better suited to a CSI episode and not an audit of an employee benefit plan. However, in an audit of an employee benefit plan, we as auditors are expected to consider fraud that could have occurred, although there is no guarantee and, accordingly, no assurance we provide, that we will uncover fraud, even if it is happening in a plan. As part of our fraud consideration we are required to perform a fraud interview. Although the scene I described above is far from what actually happens, I have a feeling when I ask a plan administrator or third party administrator if I can schedule a fraud interview, that scene is the first thing that comes to mind.

Why is a Fraud Interview Needed?

As noted above, auditing standards require auditors to consider fraud in the plan. In addition to a number of other procedures, we are required to perform a fraud interview. The enactment of these audit standards was accelerated when fraud occurred at Enron, WorldCom and other large companies. Although those were the high profile cases, there are even more cases that are not reported on the national news. The Department of Labor (DOL) reported that they closed 320 criminal investigations in 2013 with 70 guilty pleas or convictions and 88 individuals indicted. You can also look at this criminal enforcement news release and be amazed at the number of enforcement actions.

And that represents only the instances of fraud that were caught. I can’t imagine the number that may still be occurring undiscovered.

The reason a fraud interview helps uncover fraud is the fact that many individuals who were convicted or associated with those who were convicted later disclosed the fact that if only someone asked them, they would have disclosed it. Although that may not always be the case, it makes sense that they may be less willing to lie if asked directly than to withhold information if not asked at all. In many cases, although an interview may not occur with a specific perpetrator, others inside or outside the organization are able to raise a red flag or guide us to areas that require further investigation.

Why am I Being Considered for a Fraud Interview?

Our selection usually focuses on employees who have direct duties in administration of the plan. However, in smaller companies, this may only include one or two employees who have a hand in administering the plan, besides a trustee, president or other employee charged with oversight of the plan. To avoid interviewing the same employee each year and to make the interview more beneficial, we may question regular employees and third party administrators.

What Does a Fraud Interview Entail?

Unlike the cliché of the interrogation, a fraud interview is performed by asking direct questions about the interviewee’s knowledge or suspicions of fraud, and also will include indirect questions regarding whether the interviewee believes there may be areas of administration with weak internal controls that may be susceptible to fraud. Third party administrators and others outside the organization who have knowledge of the plan processes, are in a good position to help identify such areas of weakness. As a third party administrator has experience with the contacts with the sponsor, they can also point out any difficulties working with certain employees or other little clues that may need a follow-up. This is why we believe third party administrators are a good option for the fraud interview, although they may have never been selected for a fraud interview by other audit firms.

In the accounting field we have noted a “fraud triangle” where if certain areas are present there is a heightened risk that fraud may be occurring. The fraud triangle consists of three points.

The fraud interview can also help uncover employees who may fit into the three points noted above or expand our knowledge if there is already a suspicion.

So, the next time that you as an employee of the organization, administrator at the organization or third party administrator are asked for a fraud interview, don’t envision the latest CSI episode! Let’s sit down and discuss areas in the plan where others may have the ability, an incentive, or an attitude to justify and perpetrate fraud.