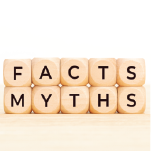 Growing up, my father always said this phrase when dealing with disagreements or differences of opinion:

“En este mundo traidor, nada es verdad ni mentira, todo es segun el color, del cristal con que se mira,” which is a quote from Ramon de Campoamor meaning “In this deceitful world, nothing is an absolute truth or a lie, it all depends on the color of the glass through which one looks.”

But Auditors Are Following the Rules…..of a Different Regulatory Body

Auditors are subject to their own regulatory framework for financial reporting, which unfortunately, is not consistent with the 5500 instructions. The Financial Reporting Executive Committee (FinREC) recommends that the ineligible contributions be reported as a payable on the plan financials and an offsetting reduction in the contribution amount originally recorded when the excess contribution was made because the contributions were ineligible for that plan year.

While writing this blog, I quickly visited the BenefitsLink chat room to see what folks were saying about this topic and was very entertained and inspired by the passion with which pension folks want to follow their rules.

Angry, frustrated, and/or combative entries in the chat room included statements that EBP auditors need better training and it should not be the TPAs’ job to provide it, triumphant mockery suggesting auditors are just wrong and it’s so satisfying to say so, and practical solutions suggesting 5500 preparers should just do what the auditor says and move on. As much as I was amused by the pension tension that this issue triggers, I hope blogs like this one create a better understanding that we are all just trying to follow the rules of our regulatory bodies.

There is more than one king. That’s the problem. But there is always a solution…..

When Generally Accepted Accounting Principles (GAAP) do not agree with the DOL/IRS 5500 reporting requirements, the auditor has many options other than insisting that the 5500 preparer ignore the 5500 instructions.

FinREC has recently issued a new working draft proposing that when “revenue sharing” exists, any amounts paid to the plan under such arrangement should be reported as a reduction of fees paid by the plan and not considered revenue. The proposed guidance also clarifies that employee and employer contributions are not considered revenue to a plan, insofar as they are similar to deposits held for the benefit of a participant, and the plan is acting as a vehicle for plan investments. Since participants and plan sponsors (employers) are not customers of the plan, and they do not obtain goods or services as the output of an entity’s ordinary activities in exchange for the contribution, then the contribution is not considered revenue to the plan.

The Web We Weave is Not That Tangled

Hopefully, our pension friends who are passionate about compliance will read this blog and understand their auditors’ equivalent passion to follow their own rules, and the Benefitslink electronic chat room will find e-harmony at last.

“En este mundo traidor, nada es verdad ni mentira, todo es segun el color, del cristal con que se mira.” “In this deceitful world, nothing is an absolute truth or a lie, it all depends on the color of the glass through which one looks.”