Disclaimer: All blog posts are valid as of the date published. . 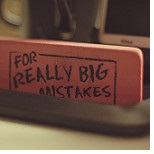 As mentioned in my previous blog, EPCRS: How to Correct Improper Exclusions of Employees from a 401(k) Plan, the IRS implemented and recently revised the Employer Plan Compliance Resolution System (EPCRS), which offers three correction options for plans that incur disqualification failures. An example of a disqualification failure, which will be discussed below, is participant loan failures. Plan failures related to participant loans can be corrected using either Voluntary Correction Program (VCP) or Correction on Audit. Since plan loan failures are not operational failures, they cannot be corrected using the self-correction method. When filing for VCP, Form 8950 Application for Voluntary Correction Program and Form 8951 Compliance Fee for Application for Voluntary Correction Program must be submitted to the IRS. Appendix C, Part II, Schedule 5 must also be submitted to the IRS, on which the plan will disclose information about identified plan loan failures and the applicable correction method they will use.

There are three possible failures related to participant loans, which include:

If a participant loan exceeds the limit set forth by the IRS (currently the lesser of (1) $50,000, reduced by the highest balance of that participant’s outstanding plan loans during the preceding 12 months; or (2) 50% of the participant’s nonforfeitable benefit) a corrective repayment must be made in the amount of the loan that exceeds the maximum allowed limit. If the participant had already begun making repayments on the loan, there are three methods available to make the required correction for the participant loan failure. The first option is to apply the repayments received to the original loan amount that was not in excess of the limit. This would create a corrective repayment equal to original loan excess as well as interest accrued. The second available option would be to apply the payments first to the interest that has accrued on the portion of the loan in excess of the limit and then, used to reduce the principal of the loan amount which was not in excess of the limit. Therefore, the corrective repayment would consist only of the original loan excess, not the interest as in the first option, since it was already reduced by the loan repayment. Lastly, the third option would be to pro rata the repayments against the loan excess and maximum allowable amount of the loan. This creates a corrective repayment of the amount of the loan excess at the date of the correction. After one of the three correction payments has been made, the loan may be re-amortized over the remaining period.

The IRS requires that loans must be paid off within 5 years of issuance and payments cannot be any less frequent than on a quarterly basis. If a participant’s loan does not comply with the repayment requirements, the loan must be re-amortized over the remaining maximum period measured from the original date of the loan.

UPDATE – The American Society of Pension Professionals & Actuaries (ASPPA) has advocated for a change in the EPCRS to permit correction of plan loan failures through self-correction. In a comment letter to the IRS, ASPPA recommended that the self-correction program be expanded to allow correction of loans with repayment errors, loans that exceed the maximum repayment period, loans that exceed the maximum loan amount, loans that exceed the maximum permitted number of loans outstanding, loans made without spousal consent when required by the plan’s terms, and provide Form 1099-R reporting relief. Additionally, they recommended that the self-correction methods for plan loan failures permit avoidance of reporting the loan as a deemed distribution, and allow deemed distributions to be reported on a Form 1099-R for the year of correction. While there is no way of knowing whether or not the IRS will eventually adopt these recommended changes into the EPCRS, there is hope that correcting plan loans may become easier in the future.