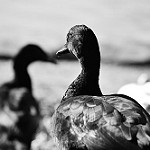 Under Code Section 4975, Not All Plans are Created Equal

With the October 15th deadline in the past and a majority of Form 5500s having been filed, many plan sponsors, auditors, and third-party administrators have breathed a sigh of relief. Most plan sponsors want to put those audit findings behind them, but many still have to take one more step: Filing their Form 5330, which must be filed by the end of the 7th month following the plan’s year end and can be extended for 6 months to pay the penalty for delinquent deferrals, but only if they have a 401(k) plan, not a 403(b). The Internal Revenue Code Section that assesses a penalty on delinquent deferrals, Code Section 4975, does not apply to 403(b) plans. Unlike parents, who must be fair to all their children and treat them the same, the government doesn’t have to penalize all types of plans equally when they commit the same exact prohibited transaction.

The Department of Labor (DOL) has not defined a safe harbor number of days that will be considered a timely remittance of deferral deposits into a large retirement plan. Instead, it leaves room for interpretation and potentially flexibility, by stating that it will analyze patterns of deposit when determining “the earliest date in which funds can be reasonably segregated from the employer’s assets.”  Because of the lack of a clear-cut rule, the definition of “late” can sometimes be subjective, as we explained in our previous blog, Timeliness of Deposits.

The Delinquent Deferral: Duckling or Swan?

It is not uncommon for deferrals to be deposited late into the plan. All it takes is one small administration error and a plan sponsor will have committed a prohibited transaction. However, accountants, TPAs, and plan sponsors sometimes use the wrong criteria to determine whether there has been a late deposit, including:

Sometimes, a seemingly ugly duckling that looks like a duck and moves like a duck, is not an ugly duckling, but a swan. It is important to see the big picture when determining whether a seemingly late deferral is actually late. If after considering all factors, a deferral is determined to be late, then interest must be deposited and a penalty must be paid on the interest calculation on Form 5330. However, 403(b) plans don’t pay a penalty.

The Prohibited Transaction: Penalty or Pass?

If a late deposit is identified, a prohibited transaction will have occurred and Form 5330 must be filed and excise taxes paid for each year or part of the year that the prohibited transaction is outstanding, UNLESS Section 4975 does not apply to your plan. This is where one of the biggest differences between 403(b) and 401(k) plans comes into play. While late deferrals to an ERISA 403(b) plan do need to be reported on the Form 5500’s Schedule H or Schedule I, Form 5330 cannot be filed because Section 4975 does NOT apply to ERISA 403(b) plans, and thus no penalty tax is due.

Because of the lack of direction on the Form 5500 instructions, preparers may be inclined to report each late deposit on Form 5330, Schedule C: Tax on Prohibited Transactions, but those instructions enumerate what types of plans are subject to the IRC Section 4975 excise tax as follows:

As you can see, ERISA 403(b) plans are not on the list. They get a pass, not a penalty. It’s not fair. The 15% excise tax on the interest computed is often a very minimal amount, but to add insult to injury, plan sponsors often pay more for the preparation of Form 5330 than the penalty they owe.  That’s also not fair. Nobody ever promised life would be fair.

In the Participants’ Best Interest, Interest is Always Due

Late deposits to ERISA 403(b) plans may not be subject to penalties under the Internal Revenue Code, but they are still prohibited transactions under ERISA Section 406, so the DOL’s Voluntary Fiduciary Compliance Program (VFCP) provisions do apply to these late deposits. Under ERISA 502(i), the plan sponsor is required to pay interest to the participants for the late deposit. When it comes to acting in the best interest of the participants, fair is always fair, and it is in the plan sponsor’s best interest to pay interest when interest is due. Interesting!