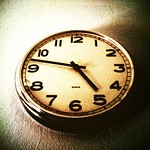 On Wednesday, April 29, 2020 the Employee Benefits Security Administration (EBSA) also posted a Disaster Relief Notice 2020-01. In this notice, the EBSA provides relief to plan sponsors regarding the possibility of lags in deposits due to the recent COVID-19 issues which was addressed in my blog below. Additional details regarding this Notice will be discussed in my next blog to be posted shortly.

Late deposits of employee 401(k) and 403(b) deferrals continue to be a common error we find while performing plan financial statement audits, which is consistent with the top ten list of mistakes the Internal Revenue Service (IRS) and Department of Labor (DOL) identify during their audits and investigations. When employee deferrals are not deposited timely, there are two available correction avenues: self-correction or completing a filing through the DOL’s Voluntary Fiduciary Correction Program (VFCP). In this blog, I will discuss the rules regarding the timely deposit of salary deferral withholdings, when a timely deposit doesn’t occur, the steps the plan sponsor must take for each of the available correction options.

What is Considered Late?

Unfortunately, unlike the seven-day safe harbor provided for small plans, the DOL doesn’t specify a black and white safe harbor deposit time frame with universal applicability to all large plans. In fact, the official requirement for large plans is that a plan sponsor must deposit deferrals to the trust as soon as the assets can be segregated from the employer’s funds, but in no event can the deposit be later than the 15th business day of the month following the month of withholding. Unofficial guidance emphasizes that patterns of deposit will be analyzed on a case by case basis to determine what “timely” means to each employer. Hence, plan sponsors can withhold salary deferrals and deposit that money to the trust within one day, then any lag outside of that time frame could be considered a late deposit. Of course, certain instances may cause a lag outside of the administrative pattern that may be deemed “as soon as possible.” Examples may include: a payroll employee is sick and can’t process the deposit as quickly as normal, there is a power outage or computer software malfunction and systems can’t process payroll as quickly as normal, there is a change in service providers and there is a lag in the new custodian being able to receive the deposits, etc. It is important in these cases that the plan sponsor document the reason for the lag in case the IRS or DOL reviews deposits and questions the lag. These examples are not necessarily “get out of jail free cards,” but may be considered an acceptable reason for the lag in a world that has many moving parts. As an auditor, we’ll ask the plan sponsor for more details and explanations on those lags in deposit while communicating the above rules. It is ultimately up to the plan sponsor to determine that a lag is a late deposit, but we always communicate the risk that the DOL may not agree with the employer’s documented justification for an unusual delay. As a side note relating to the current COVID-19 pandemic, it may be possible that due to changes in the work environment, the administrative lag of depositing employee deferrals may change. I don’t believe it would be necessarily an issue if there was a change in deposit lag (for example a change from one day to two) because of additional burdens presented or changes in processes due to remote working. However, it is important to note that plan sponsors still need to deposit payroll withholdings as soon as administratively feasible. The DOL will not be any more lenient, and most likely will enhance scrutiny, with a plan sponsor utilizing employee funds for business purposes during this time period.

So if you, as the plan sponsor, determine that a salary deferral has not been been deposited timely, is it a big deal?

What is the Effect on the Plan of a Late Salary Deferral Deposit?

The reason late salary deferral deposits are a problem is that they constitute a prohibited transaction between the plan sponsor and the plan. A late salary deferral deposit is considered a loan from a plan to the plan sponsor. This loan is a prohibited transaction that must be fixed by depositing lost earnings on the principle and paying an excise tax. The excise tax is waived once every three years for employers who choose to submit a VFCP filing.

So what are the options for corrections? As noted above, a plan sponsor may self-correct or submit a filing through the DOL’s Voluntary Fiduciary Correction Program (VFCP).

When a plan sponsor decides to self-correct late salary deferral deposits, an allocation of lost earnings must be made to each participant’s principal amount. This makes up for the lost opportunity to accumulate investment earnings had the dollars been invested in the plan.

As just mentioned, and as you will see in the next section, the DOL has an online calculator to determine lost earnings, but this may only be used for plans filing under the VFCP. Some acceptable methods of earnings calculation in a self-correction format include using the greater of the actual rate of return for the plan participant, the average rate of return for the plan or the target date funds when using the QDIA is appropriate, or using the Internal Revenue Code underpayment rates (the federal short-term rate plus three percentage points) as noted in the following:

As a practical alternative, plan sponsors can choose to apply the rate of return for the best performing fund of the plan to the principal amount. Numerous practitioners use the DOL calculator even when the plan sponsor chooses to self-correct. Industry advocacy groups are currently lobbying for the DOL calculation to be an officially accepted method to use for self-correction.

In addition to depositing lost earnings to affected participants’ accounts for the affected payroll(s), a FORM 5330 must be prepared for payment of excise tax, which is usually 15% of the amount involved for each year. Since the amount involved is defined as the earnings on the missed deferral, the excise tax tends to be an insignificant amount, often smaller than the professional fees incurred for the preparation of the form. As a best practice, the plan sponsor should also review its processes for transmitting salary deferrals to try to prevent future deposit delays.

The second option is correcting the late salary deferral deposits through the DOL’s VFCP.

The benefit of the VFCP is that the plan sponsor receives a “no-action” letter from the DOL. This letter states that the DOL will not investigate the plan solely for the transaction corrected using the VFCP.

To use this correction, the plan or plan sponsor can’t be under investigation, generally by the DOL, IRS, PBGC, or other governmental agencies.

The DOL has a webpage that provides very detailed and helpful notes on the program.

The following is a summary of the procedures:

In conclusion, the benefits of self-correction are that plan sponsors avoid the procedure, time, and possible fees from service providers in preparing the application form. Self-correction does not allow the sponsor to utilize the DOL online calculator and will not exempt the sponsor from excise taxes on the prohibited transaction. On the other hand, the benefits of filing a VFCP application include receiving a “no-action” letter from the DOL and avoiding the excise taxes, but professional fees to prepare the submission sometimes exceed the cost of the correction. The choice generally boils down to the significance of the omission and the plan sponsor’s desire to receive that “no-action” letter from the DOL.