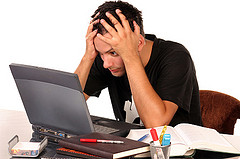 I grew up in a small family, but my sister and I enjoy a large extended family that always gathers for every celebration, large or small. Being an accountant at these gatherings means that everyone thinks I possess a unique knowledge that can somehow eliminate their tax liability, but I have explained that I work in the audit department, almost exclusively supervising and performing audits of retirement plans. Thankfully, my extended family has finally abandoned the tax questions in favor of questions about how to get money out of their retirement plans without any penalties. Their questions motivated me to write a multi-part blog about the basics of retirement plan distributions.

Let’s start with distributions from defined contribution plans, since they are most abundant. Defined contribution plans include profit sharing, 401(k), 403(b), and money purchase pension plans. Forms of distribution include lump-sums, installment and annuity payments. A Qualified Joint and Survivor Annuity (QJSA) is the default distribution alternative of Money Purchase Pension Plans, which became less prevalent after the Economic Growth Tax Relief Reconciliation Act (EGTRRA), but many 403(b) plans still offer a QJSA form of distribution in connection with their annuity products. When a plan’s default distribution alternative is a QJSA, the participant’s spouse must consent to any form of distribution that is not a joint and survivor annuity. The most common form is a lump-sum distribution, where participants withdraw their entire account balance or a portion of the balance in their account.

The first installment of my 3-part blog series begins with my cousin Mike. He is a good guy, but doesn’t have the best track record for work or money management. He lives in an apartment, paycheck to paycheck, with back rent payments and is considering leaving his job at a big national corporation. At a bachelor party, he asked me how he could take out a distribution from his 401(k) plan account. Retirement and financial planning considerations aside, the following distributions would be available to Mike from his retirement 401(k) plan:

Hardship Distributions – Retirement plans were never meant to be treated as a savings account that you can use because your budget is tight and you want to go on vacation or buy a nice car. However, the IRS did not want to deter participants from contributing, fearing that they could not access their funds in case of an emergency, so the Internal Revenue Code provided a narrowly construed set of instances in which a hardship distribution can be taken from the plan to fund specific hardships. Funds can be withdrawn for a financial hardship if the participant satisfies the hardship conditions stated in the plan, but the participant must first exhaust all other financing alternatives prior to taking a hardship distribution, including taking a loan from the plan, if loans are allowed. The Internal Revenue Code provides certain safe harbor definitions of a hardship including certain medical expenses, tuition and related educational fees, costs related to the purchase of a principal residence excluding mortgage payments, amounts necessary to avoid foreclosure or eviction, expenses for the repair of damage to a principal residence that would qualify for the casualty deduction, and funeral expenses. The hardship distribution amount can be grossed up to cover the taxes that will be owed, including the 10% penalty for early distribution. Typically, contributions must stop, usually for six months after the hardship distribution.