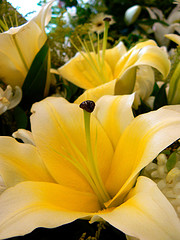 In my previous two blogs, I discussed qualified plan distribution options for my cousin Mike who is my contemporary, and my Aunt Mary, a Baby Boomer. Both had asked me questions at family gatherings regarding what forms of  distributions from their retirement plan accounts were available to them. Both were able to request a form of distribution based on their situation, age and longevity with their employers. But questions don’t come only at festive occasions. At my uncle’s funeral, my old Aunt Millie needed to know the distribution options available to her as the widow.

Death – A participant’s balance generally becomes 100% vested upon death unless the participant dies after terminating employment. When a participant is married at the time of death, the spouse is the beneficiary of the entire death benefit unless an election had been made to change the beneficiary. Generally, the spouse must irrevocably consent to waive any right to the death benefit. The consent must be in writing and witnessed by a notary or a plan representative and the beneficiary designation must acknowledge the specific non-spouse beneficiary. In some cases, the participant can elect a beneficiary other than the spouse without the spouse’s consent if the spouse cannot be located. Participants must generally fill out a beneficiary designation form supplied by the plan administrator. If a beneficiary has not been selected, the death benefit is paid in the following order of priority to a) the surviving spouse; b) children, including adopted children, in equal shares; if a child is not living, that child’s share will be distributed to that child’s heirs; c) surviving parents in equal shares. My Aunt Millie was the beneficiary of my uncle’s qualified plan account as well as several IRAs.

For the rules on Required Minimum Distributions after the death of the participant, I referred my aunt to two sources. The first one is a basic explanation of the rules written in understandable language on Wikipedia. And I also referred her to the IRS website which has numerous hyperlinks to Publication 590 and other sources that contain the computation of the required distributions.

My cousin Mike, Aunt Mary and Aunt Millie all took distributions from their respective retirement plans or the retirement plan in which they were a beneficiary. Mike and Aunt Mary requested a lump-sum payment (the most common form of payment in a defined contribution plan) in which a portion of the account or the entire account is paid in cash. Mike paid early distribution penalities. Aunt Millie took installment distributions through the rest of her life expectancy, to ensure a stable retirement income. Each utilized a type of distribution that can be taken once a specified event has occurred, such as the death, disability, termination, hardship or normal/early retirement of a participant. Simple, right? Well, I may include this primer in my Christmas letter to the family, but somehow, I’m sure I’ll still get questions.